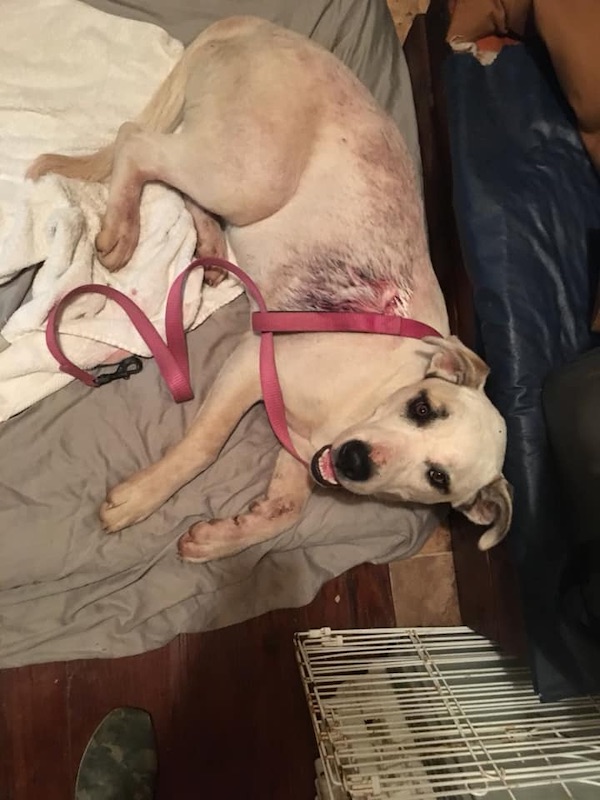 A family in southwestern Lawrence County has been left shocked and stunned, bewildered by the fact while struggling to conceive why anyone would treat their beloved dog so viciously.

“All she wanted to do was love on somebody and play all the time,” Wilma Cordle said of her family’s dog, Gypsy. “She is a just a big puppy. She has never bothered anybody.”

Wilma Cordle left her residence on Bear Branch Road in Blaine on Monday morning, October 28, to run an errand. When Cordle came back a couple hours later, she made a gruesome discovery.

“I saw blood all over the driveway,” Ms. Cordle said.

Cordle saw a trail of blood leading from the road to under her mobile home.
Her dog Gypsy had been shot with an arrow through the side under her arm.

“It was lucky it didn’t rupture her lung,” Cordle said.

Ms. Cordle stated Gypsy went through surgery in Louisa on Tuesday and that her dog is expected to be okay.

Wilma Cordle says she has no idea why anyone would do this to Gypsy.

“It’s a very sick act,” Ms. Cordle. “They don’t have any respect for anybody’s animals.”
image.png

A ONCE PLAYFUL AND JOYFUL FAMILY PET DOG REDUCED TO PAIN AND FEAR. 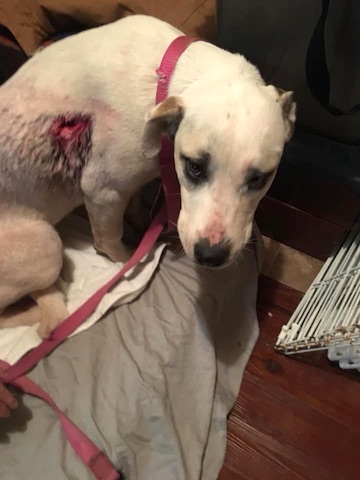 Lawrence County District 3 Constable Daniel Castle believes this was no accident.
“The angle of the shot looked like it was placed on purpose,” Constable Castle said. “It looks like a deer hunter’s shot.”

Constable Castle was contacted on Monday evening by county animal control officer Jessica Perry, about a dog (Gypsy) that had been shot by an arrow. Gypsy was picked up, wounds cleaned and made comfortable because her breathing was fine and she was still eating, drinking and walking, and was very playful, which was as directed by the emergency veterinarian on standby, Constable Castle reported.

Gypsy was taken to the veterinarian first thing Tuesday morning to get her injuries all fixed up.
The Lawrence County Animal Shelter will be posting for donations to help with her veterinary expenses involved in the care taking of Gypsy according to Constable Castle and Animal Control Officer Jessica Perry.

Wilma Cordle said Gypsy went through surgery in Louisa Tuesday and is expected to be okay.
Ms. Cordle reported that Gypsy, which is less than a year old, was expected to come home from the veterinarian’s office Wednesday.

In a separate case of concern, Constable Daniel Castle stated that another neighbor who lives in the same area as the Cordle family on Bear Branch Road reported their dog missing Tuesday afternoon.

Castle and the neighbor hoping the cases are not connected.