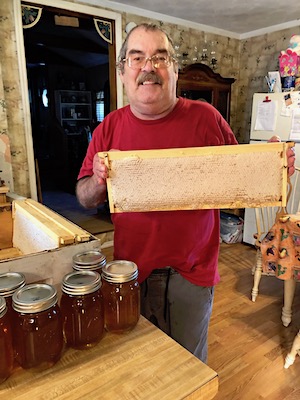 Dwight was born January 21, 1954 in Louisa, KY to the late Cornell and Mary (Gussler) Salyer. Dwight graduated from Louisa High School and attended Isaac Park Church. He loved to fish and hunt. Dwight also enjoyed gardening and spent much of his free time as a beekeeper.

In addition to his parents, he was preceded in death by his granddaughter Alisha Salyer and his siblings Darrell Salyer and Debbie Young.

Funeral services will be conducted Friday, November 1, 2019 at Noon at the Young Funeral Home Chapel with Brother Roger Jordan and Brother Todd Webb officiating. Burial will follow in Hood Cemetery.

Young Funeral Home has been entrusted with the care of Mr. Salyer and his family.