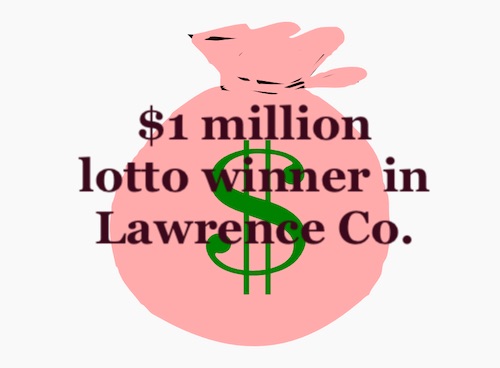 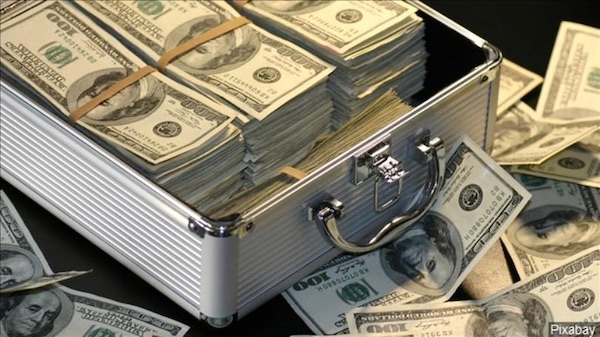 AAAAHHH YES!: THE SWEET SMELL OF A SEA OF PRINTED U.S. CURRENCY TENDERS OF THE BENJAMINS; MAKES YOU WANT TO DIVE IN SCROOGE MCDUCK STYLE, WHILE A CERTAIN PINK FLOYD SONG FROM ‘DARK SIDE OF THE MOON’ PLAYS IN YOUR FANTASY BACKGROUND.

A Lawrence County couple, who have chosen to remain unidentified, are relishing in a once in lifetime, if not not several lifetimes, after getting struck by a huge stroke of luck, when they ended up as winners of a Kentucky lottery game.

The anonymous couple from Lawrence County claimed one of the top prizes. They scratched off the ticket at D & J Tobacco in Louisa.

“I scratched the furthest column to the right first, and there it was,” said one half of the mystery couple.

The second anonymous winner purchased the winning ticket in southwestern Floyd County at Zip Zone #17 gas station on Route 80, in the Eastern community, located around half way between the towns of Allen and Wheelwright in central-western Floyd County.

“It’s life changing,” the unidentified winner, who is a woman said. She told officials she plans to get a new car and pay off her debts.

Kentucky lottery officials recently changed their rules about allowing big money Kentucky lottery winners to remain anonymous, as many past big prize winners refused to pose for pictures with state lottery officials, as well as voicing concern and displeasure about their personal security and well-being by being forced to be publicly named as winners of large money prizes due to state lottery rules, as most other states allowed major lottery winner to claim their prizes while keeping their anonymity.