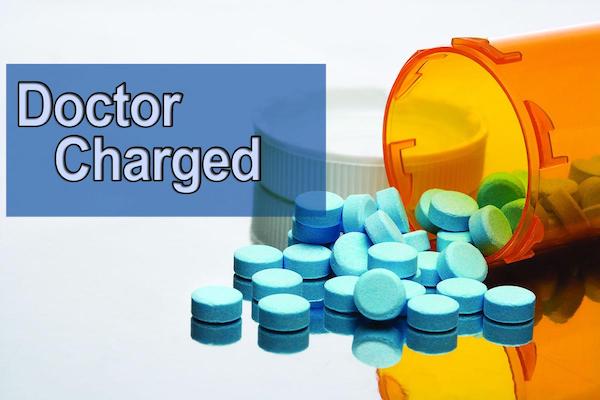 A Floyd County doctor who was arrested in a federal drug crackdown alongside 60 others in April pleaded guilty in federal court last week.

VanTatenhove ordered Mazmundar to be released pending his sentencing, which will be held on Feb. 19, 2020.

Mazumdar, 44, who operated Appalachian Primary Care in Prestonsburg, admitted that federal prosecutors could have proven he conspired to distribute those drugs if the case went to trial.

The plea agreement filed with the court states that Mazmundar understands that he could face up to 20 years and a $1 million fine.

He agreed to complete a full financial disclosure statement for federal prosecutors and he agreed not to transfer or dispose of any money or assets without approval of the U.S. Attorney’s office.

In this case, Mazmundar was also originally charged with conspiracy to commit healthcare fraud, four counts of healthcare fraud and three charges of distribution of controlled substances.

Federal authorities allege in the indictment that he unlawfully distributed controlled substances to patients of Appalachian Primary Care and another clinic by pre-signing prescriptions or directing unlicensed clinic employees to meet with patients while he was away and call-in controlled substance prescriptions in his name. He was among five local healthcare officials who were arrested during the federal crackdown in April.

The federal trial started this week for Scotty Akers, 37, of Fields Way, Pikeville, and his live-in girlfriend and former office manager, Serissa Collier, also known as Serissa Stamper. They were also arrested on charges of conspiracy to unlawfully distribute controlled substances and six counts of unlawful distribution of controlled substances. Federal authorities allege that Akers signed prescriptions for people who communicated with Collier on Facebook, and Collier, the statement said, then allegedly delivered the signed prescriptions to prearranged retail parking lots in exchange for cash.

Floyd County dentist Dr. Denver Tackett, 64, of McDowell, on charges of health care fraud and 15 counts of unlawful distribution of controlled substances. Federal officials allege Tackett wrote prescriptions for opioids that had no legitimate medical purpose and were outside the usual course of professional practice. They also alleged that he removed teeth unnecessarily, scheduled unnecessary follow-up appointments and billed inappropriately for other services.

His trial is currently set to begin in January.