E. KY. NEWSPAPER: Time to take the leap on cannabis 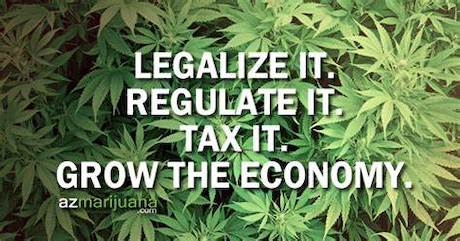 Why baby steps? Time to take the leap on cannabis

I was watching the two main candidates for Kentucky Commissioner of Agriculture debate on KET recently when the subject of “medical marijuana” came up.

The challenger, Robert Conway, gave a full-throated endorsement to the idea that doctors should be able to prescribe marijuana in Kentucky for patients who could benefit from its use.

The incumbent, Republican Ryan Quarles, who is clearly the better of the two candidates in this race, isn’t against the idea, but he prefers that the state legislature take the lead on the issue.

There was some back-and-forth that ensued about leadership and how this is an “issue of morality” and a bit of finger pointing and even a bit of spirited chest thumping.

I think the whole idea of “medical marijuana” is just one of those half steps toward what people really want to do.

Let people grow it. Let stores sell it. Let people use it. Tax it. The end.

Many have been advocating it forever. But it’s only in recent years that it’s really gained some traction. Moral inhibitions to the idea are starting to fall to the wayside. Other states are already doing it. We run the risk of being late to the party.

Frankly, people have seen enough of how LEGAL prescription drugs, meth and heroin can ravage communities. Next to that, smoking a little weed starts to look a bit tame, even preferable.

Police really don’t seem as eager to bust marijuana growers as they once did. When they do, the public reaction is ho hum.

There are those that will argue against the idea of allowing marijuana to be legally grown, sold in stores and used recreationally. I get it. They even have some points.

But here’s the thing, and there’s really no logical way around it. When something becomes so pervasive that laws against it are pretty much pointless, then it’s time to drop back and take a more rational approach.

Legalization would essentially end the lucrative black market for marijuana, better ensure its purity and quality, regulate the ways in which it is sold and distributed, and provide revenue that could be used to mitigate any perceived social ills it causes.

It’s better to regulate activity you may not like rather than let it go unchecked as a rampant, thriving underground economy.

This logic only applies to activities or vices that reach a tipping point. Alcohol is a good example of that. Marijuana is the alcohol of modern times. The scales have tipped away from criminalization.

We learned a hard lesson during the Prohibition era. It doesn’t work.

Why beat around the bush with marijuana?

Industrial hemp is nice. We should encourage that.

Obviously if marijuana can ease the suffering of those who are ill, we should allow that.

But those things are like nibbling around the edges of a pizza, when you know what you really want to do is take a huge bite.

I think people in this state are ready for it. Our climate and soil is perfect to grow it. The time to legalize is now.