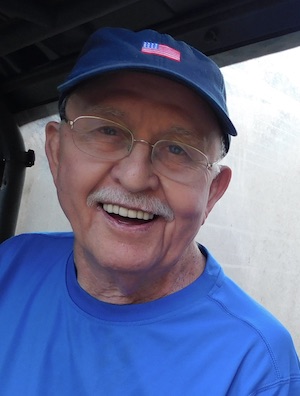 James was born on March 8, 1937 in Martin County, Kentucky to Oscar and Lena Muncy. James was a 50 plus year member of the International Brotherhood of Electrical Workers, a Freemason, and traveled the United States with his work. He enjoyed the Casino, the democratic party and a good glass of wine.

James is survived by one son, Shane Muncy of Tucson, Arizona, one daughter, Gail (Steve) Hiatt of Green Valley, Arizona, two grandsons, Travis Muncy of Phoenix, Arizona and Rolland (Julie) Hiatt of Tucson, Arizona, one granddaughter, Tara (Brandon) Houchen of Shelbyville, Tennessee, four brothers, Printice (Kathy) Muncy of Nelsonville, Ohio, Ford Muncy of Nelsonville, Ohio, Paul (Jean) Muncy of Inez, Kentucky, and Mike (Becky) Muncy of Westerville, Ohio and two sisters, Irene Moats of Columbus, Ohio and Faye (Robert) Pierce of North Carolina. He is survived by numerous nieces and nephews, great nieces and nephews and great-great nieces and nephews. He is also survived by a friend who was like a son, Chester (Blitta) Crum of Christiansburg, Virginia.

James requested a direct cremation. There will be a memorial at the Muncy Family Cemetery where his ashes will be laid to rest in early November.

As James always said, to know him was to love him.

GROWING UP IN LOUISA: News stands