HENDERSON, Ky. – She was initially jailed on a drug possession offense. 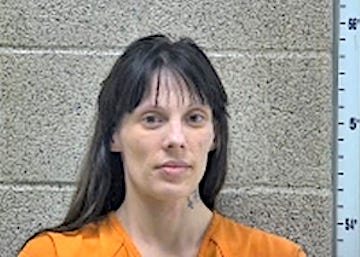 Howard, who was arrested around 4 a.m. Oct. 11 for possession of meth, has now been charged with first-degree promoting contraband, possession of contraband and tampering with physical evidence.

Members of the Pennyrile Narcotics Task Force started investigating Howard after receiving information that she was allegedly a dealer in Henderson and Union counties, according to Bill Mills, a PNTF investigator.

On Oct. 11, narcotics officers learned that Howard was in Henderson to allegedly receive a new quantity of meth from a supplier, a news release said.

The vehicle Howard was in was located and stopped, authorities said. She and the vehicle were searched, but all detectives found was a single, capped syringe containing suspected meth, Mills said. Howard was allegedly holding the syringe.

She was lodged at the Henderson County Detention Center.

Meanwhile, task force officers started receiving information that Howard was still in possession of a quantity of meth.

With jail staff and the Henderson County Sheriff’s Office now involved in the investigation, the task force sought and obtained a search warrant for Howard’s person, Mills said.

This allowed the detention center’s medical staff to X-ray Howard. The X-ray allegedly revealed that Howard had a bundle in her vaginal area roughly the size of a tennis ball.

Mills said there was concern that Howard’s life was in danger due to the size of the bundle and the belief that it contained a large amount of meth. “If the bag had busted” she could have overdosed, he said.

While arrangements were being made to transport Howard to Methodist Health for removal of the object, she allegedly got it out of her person. Mills said that was at 10 p.m. — roughly 18 hours after her arrest.

Jail video surveillance shows Howard easing it out of her body, the detective said, and then attempting to dissolve the suspected meth in a cup of water she’d been given.

“She bit into the bag and put her face between her knees where a water cup had been located, and we believe she was trying to dissolve it in the water,” he said.

Her alleged efforts to destroy all of the suspected drug were unsuccessful, officials said. The now wet bundle was found in her clothing and some of the crystal substance believed to be meth was located in the water cup and on the floor where she was sitting, Mills said.

When questioned about the wad of suspected drugs in her shirt, Howard allegedly told officials, “A girl gave me this shirt. It’s not mine.”

Howard was transported to Methodist for tests to ensure no further evidence was in her body, authorities said.

She remains lodged at the Henderson County Detention Center.

By Beth Smith
The Gleaner