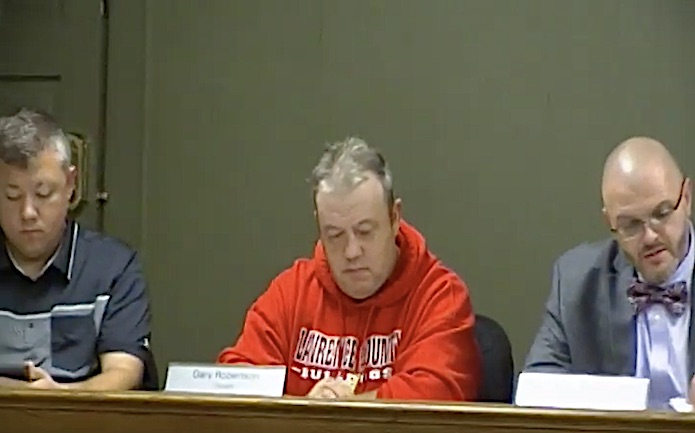 The Louisa city council held a special meeting Tuesday evening, October 15, to make up for a  meeting from the previous Tuesday that unexpectedly had to be called off due to a lack of quorum.

Last night’s meeting went quickly and business was finished and over within less than a half an hour.

The main business parts for the meeting was the approval of an April 2019 resolution for the city to execute an agreement with the Transportation Cabinet, Kentucky Department of Highways; a first reading of a June 2019 ordinance creating a Franchise for the operation and maintenance of a cable system in the City; a second reading of a July 2019 ordinance of the city council for the advertisement and sale of a Franchise authorizing the owner to maintain, construct and operate electric power transmission and distribution lines upon, over, and under public places in the city; on advertisement for bids on recreational trails.

All of these matters were passed unanimously by the city council after the explanations by mayor Slone and Louisa attorney Eldred “Bud” Adams.

The first order of business was Louisa Mayor, Harold Slone, bringing up a matter meant for the scuttled city council meeting, the scheduled Fire Prevention Week in Louisa, where the Louisa Fire Department gave rides on the fire trucks every weekday in the late afternoon to several hundreds of the local school children, as well as teaching seminars at the schools. Mayor Slone touted the success of the annual program, highlighting that the Louisa Fire Chief, Eddie Preston, used some of his personal work vacation days to help with the fire truck drives.

Mayor Slone announced the city had received large grants from both the state (via the federal government) as well a rare FIVCO funding to help expand and improve facilities at the city park.

Toward the end of the council meeting, council member Matt Brown made a $3500 donation to the city via his basketball program RiseAbove from proceeds from this year’s tournament at the city park this past June & July (which got a unanimous applause by everyone attending the city council meeting); as well as to fund in the creation of residential trails through Louisa city areas.

Mayor Slone then reported that new upkeep at the Senior Citizen Center, to maintain, and expand the ‘Feed The Hungry’ program for those local residents who are in need.

After official council businesses was quintessentially finished, the mayor, city attorney, and council members went into executive session. After about five minutes, everyone returned. Mayor Slone stated that they discussed a litigation matter involving the city, and also a real estate deal involving the city was discussed. No action was taken on either issue.

After the meeting Mayor Slone told The Lazer that Foothills had agreed in principal, to establish a tech office “hub’ for any future Louisa Foothills customers (and anyone in the county who lived close by to the city to choose that option) to pay bills, and technical customer issues, by communicating with a live video link with a Foothills customer representative.

See the entire meeting on the video above.