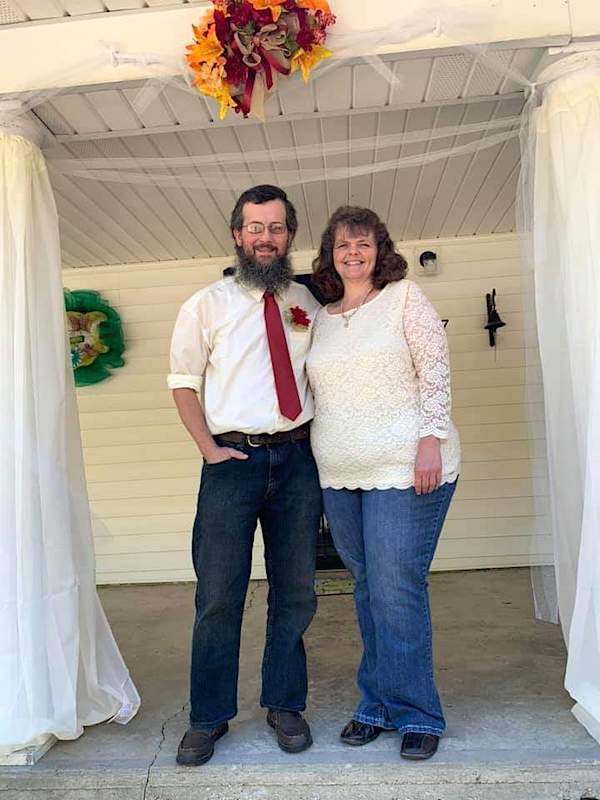 Charles Nelson Swann and Misty Jo Kimbler were united in marriage on Saturday, October 5, 2019 at the home of the groom’s mother.  The wedding ceremony was officiated by Ronnie Childers, Minister of Belle’s Chapel Church, Louisa, KY.

Ms. Kimbler was given away in marriage by her sons, Brandon Walters of Findlay OH and Braxton Walters of Forest OH.  Bridesmaids were her sisters, Kim Fredritz of Wharton OH and Barb Uhls of Clayton OH.  Flower girl was Ashley Hughes of Louisa KY.

The new Mrs. Swann is the daughter of the late Ray and Betty Kimbler.  She is a 1992 graduate of Carey High School, Carey OH and currently works at Lawrence County Schools.  Mr. Swann is the son of the late Cratis Swann and Sue Swann of Louisa KY.  He is a 1988 graduate of Lawrence County High School and is currently employed at Cardinal Country Store in Lowmansville, KY.

The couple will be residing in their residence in Louisa KY and are planning a wedding trip to Pigeon Forge, TN in the spring.