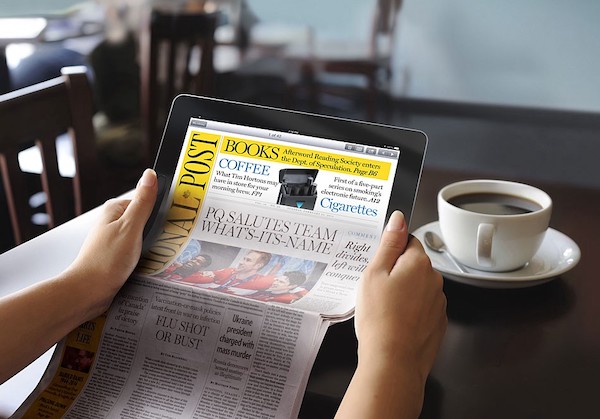 By John Singleton
The Kentucky Standard

“Newspapers are having some difficulty, to say the least,” said Al Cross, director of the University of Kentucky’s Institute for Rural Journalism and Communities Issues.

He said in 1909, the U.S. had about 17,000 newspapers. Now, there are 3,200 counties in the country and 200 of them do not have a local newspaper. As media progressed, the industry was forced to change and it caused papers to decline gradually.

“We’ve seen a steeper decline within the last 15 years or so because of the advance of digital media,” he said.

For the first time ever, spending for advertising in digital media will be greater than that in print media this year. That undermines the financial underpinnings of journalism and newspapers, which Cross said are the primary finders of fact in a democracy.

Cross spent more than 26 years at The Courier-Journal as a reporter, the last 15 as its chief political writer. He became the university’s Rural Journalism and Community Issues director in 2004.

He was inducted into the Kentucky Journalism Hall of Fame in 2010 after receiving several awards in journalism over the course of his career, including sharing in the Pulitzer Prize in 1989 for coverage of the Carrollton bus crash on May 14, 1988.

Cross said newspapers in similar size to Louisville and Lexington’s papers face challenges. The Lexington Herald-Leader announced Tuesday it was dropping its Saturday edition to go to six days a week.

“They have always tried to be everything to everybody. Not just local news, but state, national and international news,” he said. “Well, people get all that other stuff from other sources now, so they are increasingly local.”

He also said community newspapers are starting to face similar problems. A lot of newspaper closures in the Midwest are because of a decrease in population and “when you lose population, you lose your newspaper,” he said. Subscriptions are also becoming more and more important in print media. Cross said many newspapers have targeted circulation to comprise 50 percent of their revenue because of the difficult transition from print to digital media.

“I think it’s important to point out that most of our community newspapers, in Kentucky anyway, are getting old,” said Landmark Community Newspapers editorial director John Nelson. LCNI owns The Standard. “A lot of them were formed right after the Civil War.”

Before he became the editorial director of Landmark, he served as executive editor of Advocate Communications and was the editor of two dailies, The Advocate-Messenger in Danville and The Winchester Sun. When he became president of the Kentucky Press Association in 2004, he oversaw the state’s first open-records audit and filed a lawsuit to open juvenile courts and was named KPA’s Most Valuable Member in 2006.

While remembering his experience in Danville in 1997, he said it was a six-day paper, with a circulation of more than 14,000, and the Sunday edition contained six sections.

“That’s been 22 years, and I’m sure their circulation is below 6,000, they have done away with their Sunday newspaper,” he said. “My staff of 21 at the time in the newsroom is down to four. The Sunday paper was up in the 40-page range, and now they have a weekend edition delivered by mail on Friday, and it might be 16 to 20 pages.”

Nelson also said the size of a newspaper is driven by advertising, and he is starting to see tri-weekly newspapers go down to bi-weeklies and weeklies because there is not enough advertising to support the format of the paper.

Cross said he fears that within the next five to 10 years, Kentucky newspapers will face more closures and mergers than a lot of other states because it has so many small counties. He told the club that it is a difficult transition, but investing in journalism is worth it.

“Remember when you give a credit card or sign that check for a newspaper subscription, you are really investing in the health of your community and your country,” he said, “because the newspaper is essentially local and you’re making sure the people here have the news they need to fully function as citizens of Bardstown and Nelson County.”