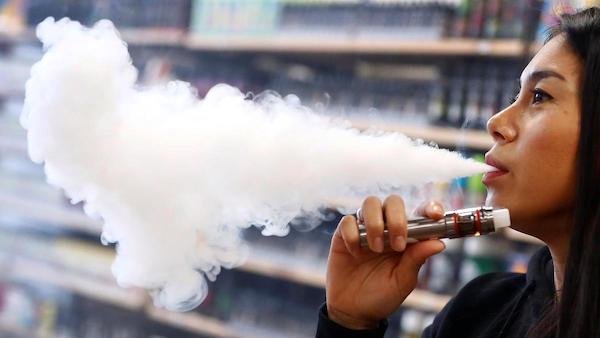 FRANKFORT – The Kentucky Department for Public Health said in a news release it continues to monitor and investigate a growing number of cases of severe pulmonary disease related to e-cigarette use or vaping. DPH is working closely with healthcare providers, local health departments, the Centers for Disease Control & Prevention, the Food & Drug Administration, and other states to gather information about this outbreak.

“As the investigation into the cause of severe lung injury associated with vaping continues, we recommend you refrain from using e-cigarettes, or any vaping product,” Dr. Angela Dearinger, commissioner for the Department for Public Health, said in the release.

As of Oct. 4, a total of 25 cases are under investigation in Kentucky. These investigations are ongoing and have not identified a cause, but all reported cases involve a history of using e-cigarette products. Two of the cases have been ruled out, four are probable, and one case has been confirmed. The confirmed case involves a man in his early thirties who reported vaping with nicotine, and no THC or synthetic cannabinoid.

Across the U.S., there have been 18 confirmed deaths in 15 states, and at least 1,080 confirmed and probable cases of vaping-related illnesses in 48 states plus the U.S. Virgin Islands. Most of the cases have occurred in youth and young adults. This may be because young people are more likely to use e-cigarettes than older adults.

“It is of critical importance that we keep these devices out of the hands of young people. While we already know the negative outcomes of smoking, the short and long term effects of e-cigarettes is relatively unknown,” said Adam Meier, Secretary of the Cabinet for Health and Family Services. “What we do know is that these products contain nicotine, often at high levels, which is highly addictive and habit-forming, and may lead to a lifetime of use. What we are also finding anecdotally is that young people are more likely to use black market products, illicit drugs or other harmful substances which are often a contributing factor to the acute respiratory illnesses we are seeing associated with these devices.”

Patients are experiencing respiratory symptoms including cough, shortness of breath, and fatigue. In most cases, these symptoms worsen over a period of days or weeks before admission to the hospital. Some patients also have reported fever, nausea, diarrhea, vomiting, chest pain, and loss of appetite.

E-cigarettes are devices that deliver an aerosol to the user by heating a liquid that usually contains nicotine, flavorings, and other chemicals. E-cigarettes also can be used to deliver marijuana or other substances.

“At this time we don’t know exactly which products or ingredients are responsible for the lung injury associated with vaping,” said Elizabeth Anderson-Hoagland, Health Promotion Section Supervisor with the Kentucky Chronic Disease Program. “Until we know more, we strongly urge Kentuckians to avoid vaping any products.”