SHERIFF KIRK SAYS CHARGES ARE  LIKELY TO BE FILED AGAINST BOTH STABBING VICTIMS, AS CITIZENS WHO LIVE NEAR CRIME SCENE SPEAK OUT ON WHAT THEY WITNESSED 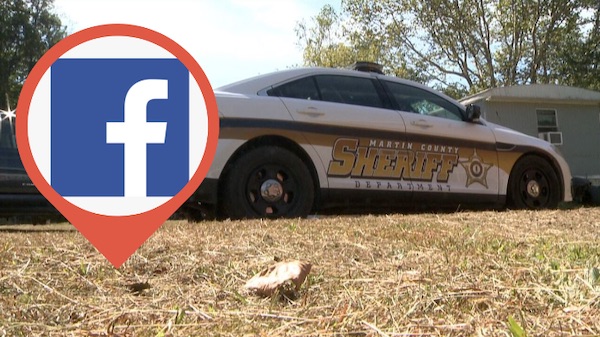 INEZ — More information has come to light in regards to the incident in Martin County Thursday night that left two men with stab wounds from a knife, as well as the stabbing suspect hospitalized with blunt force trauma injuries to his face and head.

According to Martin County Sheriff John Kirk, there has been only one side of the story reported so far in connection to the stabbing suspect, and that there is a possibility that the other two men who were injured may also be facing “significant” charges themselves.

Meanwhile, some Martin County residents gave their opinions on the incident.

“The only thing I know is I heard a big ruckus,” recalled Willard Maynard. “One of them kind of hollered, “hurry up, hurry up, hurry up.” The next thing you know is he came across the road here, wrong driveway. Then he went to the next driveway.”

According to a citation report issued by the Martin County Sheriff’s Department, the incident happened on Rockcastle Road, where two men were stabbed in front of Mooney’s Heating and Cooling business store along state Route 3, just about a mile north of Inez.

“It can happen about anywhere, you know?” said Willard Maynard.

Martin County Sheriff’s deputies were dispatched to a Milo Road home about 4 miles from where the fight took place. When deputies arrived on the second

scene, they found two men, Brandon Fannin and Jerry Maynard, and that Maynard and Fannin were trying to recover from their injuries, from with they each had numerous stab wounds to the stomach and chest area.

Both Jerry Maynard and Brandon Fannin were taken to Three Rivers Medical Center in Louisa.

Another neighboring resident talked about the surprising commotion that he had witnessed.

“The first thing like this that ever happened to me. I’m really from Ohio. I used to live in the ghetto and it wasn’t this bad,” explained Adam Metcalf.

Both Adam Metcalf and Willard Maynard live in front of the local heating and cooling business.

Through official investigation, deputies charged Timothy Gullett with first-degree assault. He is currently in the hospital being treated for injuries, that he claims were inflicted on him by the other two men.

According to an arrest citation, while being questioned Gullett told deputies that both Jerry Maynard and Brandon Fannin hit him in the face with a hammer.

He also allowed police to look at Facebook conversations between him and Jerry Maynard. In those messages, deputies say Gullett told Maynard, “You shouldn’t have talked s*** boy. I’m not a keyboard warrior like you, I like to whip a**”.

Gullett allegedly admitted to deputies to using a pocket knife to stab both Maynard and Fannin.

Local folks gave simple, but stern warnings about precautions to one’s personal safety and general well being, such as in regards to similar situations like in the run up that led to the bloody confrontation.

“You never know what you’re going to get into. You can walk up the road and get hit in the head or anything,” said Willard Maynard.

Watch who you mess with,” Willard Maynard added.

As of the second half of the weekend, Brandon Fannin is still in the hospital.

Once Timmothy Gullett is released from the hospital, he will be taken to the Big Sandy Regional Detention center in Paintsville.