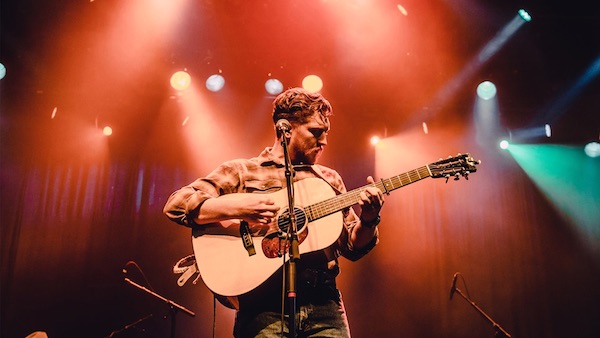 Lawrence County native and newly minted country music star Travis Childers is ending the best year of his rising career by closing out 2019 heading back to his local roots, by giving his fans in Eastern Kentucky and the local surrounding areas a chance to see him perform not once, not twice, but with three separate concerts at the end of December.

The singer and songwriter will be at the Appalachian Wireless Arena, which is located within the Eastern Kentucky Expo Center, in Pikeville, Kentucky; where Childers will perform in three 8 p.m. shows – one on Friday, December 27, the second on Saturday, December 28 and the third and final show on Tuesday, December 31 (New Year’s Eve).

Tyler Childers was initially set to perform for two shows in Pikeville on December 28 & 31, but when tickets went on sale, there was such a high demand, with the tickets selling faster than hotcakes, which then led to the announcement of the third concert show (the now added December 27 date).
The opening singing acts for the Tyler Childers shows on December 27 and December 28 are Chris Knight & Sarah Shook & The Disarmers, while the opening acts on December 31 are Todd Snider and  Darrell Scott.
While there are some tickets left for each of the three shows, all of the Tyler Childers concerts are expected to be sold out in the next several days.

If all of the triple set of Childers concerts sell out at Appalachian Wireless Arena, which has a capacity of 7,000 seats for concerts, that means Childers will be performing for a total of around 21,000 people total!

Josh Kesler, senior director of marketing and sales for the Eastern Kentucky Expo Center, said the Tyler Childers concert events are a “don’t-miss”, adding that seats will likely fill quickly.

“You do not want to wait. They will sell out. I guarantee you,” Kesler said. “This is a huge show. This is a big deal, coming back home. And this time next year he’s probably going to be selling out stadiums.” 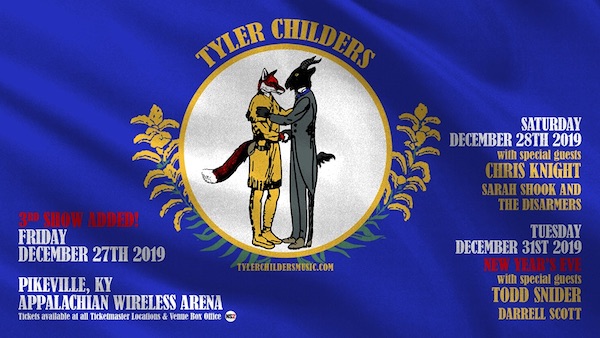 THE NOW NEW ADVERTISEMENT BANNER FOR THE 3 TYLER CHLDERS CONCERTS UPCOMING IN PIKEVILLE AT THE END OF DECEMBER.
ShareTweetShareSendPinShare
Next Post