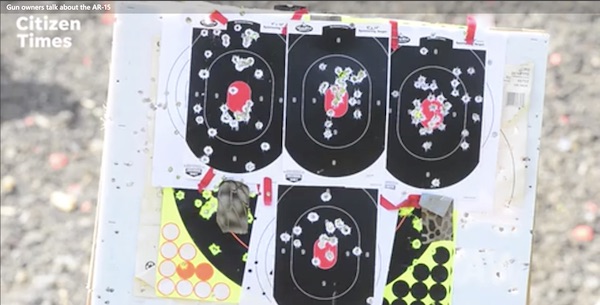 Colt will suspend production of AR-15 rifles for civilian sales, saying there’s an “adequate supply” of the high-powered weapons already in the market, the famed gun manufacturer said Thursday.

The gun-maker, based out of West Hartford, Connecticut, said its decision is purely market-driven and made no mention of any public pressure over the AR-15’s use in several mass shootings in the United States.

“The fact of the matter is that over the last few years, the market for modern sporting rifles has experienced significant excess manufacturing capacity,” Colt President and CEO Dennis Veilleux said in a statement.

“Given this level of manufacturing capacity, we believe there is adequate supply for modern sporting rifles for the foreseeable future.”

Curbing access to the AR-15 has become a primary focus of gun control advocates and Democratic presidential candidate Beto O’Rourke definitively said last week he wants those weapons out of circulation.

Colt’s website still listed several AR-15 rifles on its sale page — but they were all listed as “out of stock.”

The company insists it’s a “stout supporter of the Second Amendment” despite this move.

DID KENTUCKY GET DUPED IN PAST PURDUE PHARMA SETTLEMENT? OR DID POLITICS COME INTO PLAY?