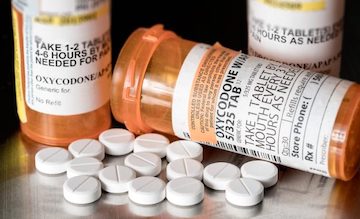 Jackson Noel, a pharmacist operating Buffalo Drug Inc., in Buffalo, West Virginia, was found guilty on Sept. 10 of conspiring to dispense and distribute oxycodone and oxymorphone, according to a statement from the office of U.S. Attorney for the Eastern District of Kentucky Robert M. Duncan Jr.

Proof at trial established that, as part of the conspiracy, Noel unlawfully dispensed oxycodone and oxymorphone pills from the pharmacy to out-of-state customers, including customers from Kentucky. Noel dispensed the pills on a cash-only basis, the statement said.

According to the indictment, Noel began conspiring and distributing the drugs in June 2015 through December 2016 in Pike County, the Eastern District of Kentucky, and elsewhere.

Noel will be sentenced in December and faces up to 20 years in prison, as well as a $1 million fine and at least three years of supervision after release.

“The defendant’s unlawful dispensing of powerful opioid pills contributed to the crisis currently affecting the Appalachian region, and our District, specifically,” Duncan said in the statement. “The jury’s verdict ensures that the defendant will be held accountable for his actions. I commend the efforts of the various law enforcement and regulatory agencies who played a role in this investigation.”

The investigation was conducted by the DEA, KSP, Kentucky Office of the Attorney General, the Putnam County, West Virginia, Sheriff’s Office and the West Virginia Board of Pharmacy.