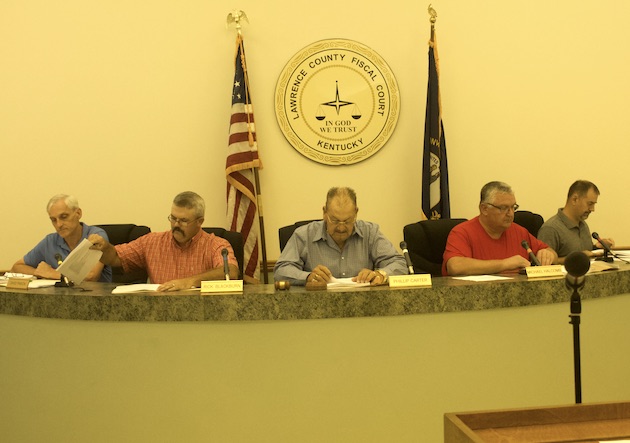 The Lawrence County, Ky. Fiscal Court met Tuesday morning with all members present. The following is a recap of the business carried on at the meeting.

Approved Donation to Lawrence County Senior Citizen Center $1,000.00. Judge/Exec. Phillip Carter told the court that this donation has been done in the past but he did not say what the money will be used.

Approved Amendment to Sheriff’s Ordinance — The sheriff has requested the court raise the fee for serving civil papers to $20, half will go to the county, half to the server.

Approved Donation to Census Committee $500.00 — Jason Barker, a representative from the U.S. Census Bureau said the $500 is needed to place advertisements and signs for the 2020 Census in an effort to get as many Lawrence County residents counted as possible. Judge Carter mentioned to the court that the amount of federal and state funds returned to the county depends on population and that “we really need to get every single person in this county counted”.

Authorized Clerk to Advertise Surplus Property which includes an old ambulance, a van and other items.