by BO BRUMFIELD
in Sports
Share on FacebookShare on Twitter
Baltimore, MD — Louisa native and Baltimore pitcher Chandler Shepherd will make his first career start in the major leagues Tuesday night at Camden Yards against the Toronto Blue Jays. 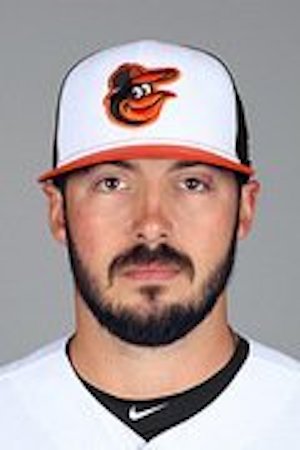 This will be Shepherd’s third appearance in the major leagues and second at home. He made his debut August 13th against the New York Yankees in Yankee Stadium where he went four innings and gave up one run.

His second appearance was his home debut vs Texas where he went three innings and surrendered two runs on September 7th.

“… It’s special for me. I’m obviously super excited for the opportunity,” Shepherd said yesterday morning while standing at his locker inside the cramped visiting clubhouse at Comerica Park.

“As far as expectations, I didn’t really have any. It was just kind of like, whatever the club needed I was going to be ready for it. But I’m super excited for the opportunity Tuesday.”

“I think that I’ve done a good job as far as staying sharp just by playing catch every day and getting on the mound, whether it’s every other day or whatever. Before games or whenever it is. I’ve been doing a good job with that.”

“ I think, me in the past, I’ve bounced back and forth from the rotation and back into the bullpen,” he said. “It’s helped me at this point, so it’s not something that’s new to me, going back and forth. So I think that’s helped a little bit.”

“ I think that everyone here is trying to make the best of it when we get on the mound. Once we get out there, still try to focus on the same things that I usually do. I try not to get caught up in all that. I just want to go out and pitch. But yeah, definitely, it’s a good opportunity…”