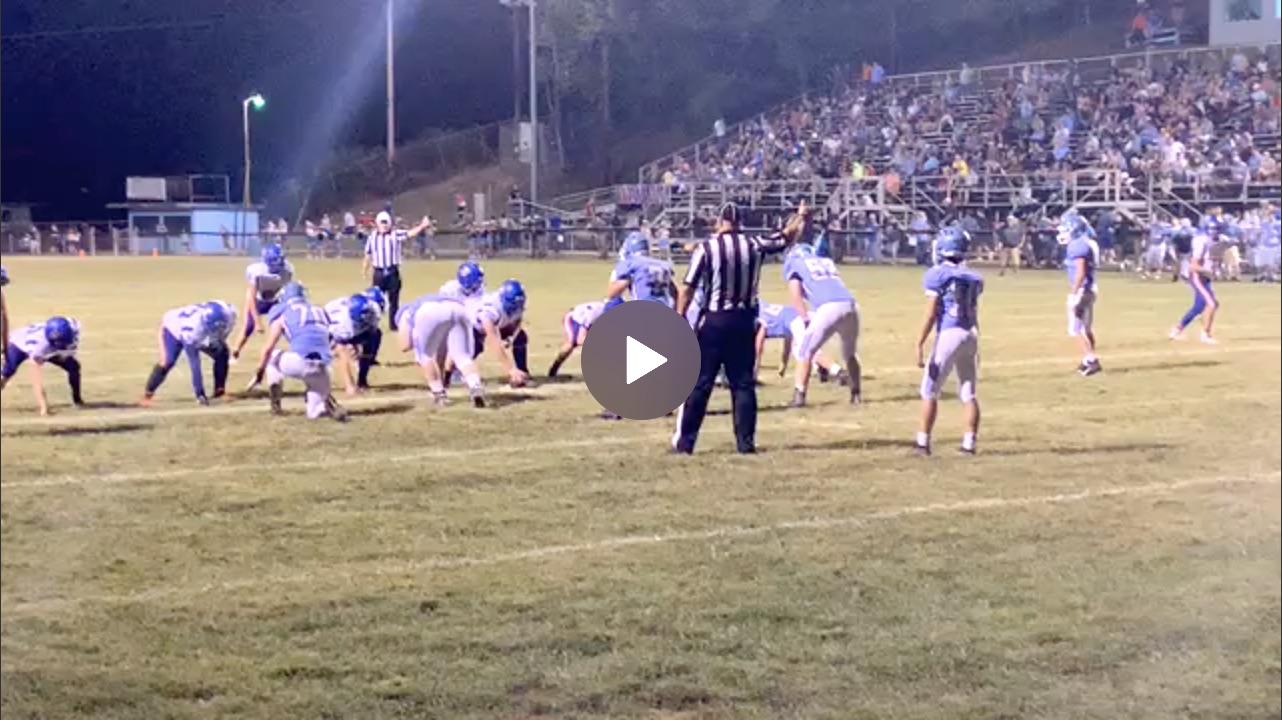 Both defenses were stout in a scoreless first quarter before the Rebels mounted a drive that culminated in a Jesse Muncy QB sneak from a yard out and then Muncy found Devin Stull for the two point conversion to make 8-0 with 9:21 to go in the first half.

On the ensuing Panther drive they drove it down to the three yards line before the Rebels stood tall and forced an intentional grounding on third down before Lincoln Co. missed a 32 yard field goal and the teams went to half with Tolsia leading 8-0.

In the second half the Rebels took the opening drive right down the field and John Wilson capped off the drive with a 7 yard touchdown and Muncy hit Devin Stull for the two point conversion to make it 16-0 with 10:28 left in the third period.

Wilson hit pay dirt once again to put the Panthers away with a 10 yard touchdown run and Muncy hit Gavin Meadows for the two point conversion with 2:06 to go in the third to make it 24-0.

On Defense, Ball picked off a pass in the first half and John Wilson recovered a fumble in the second half.

The Rebels ended their three game road trip and snapped a two game losing streak to the Panthers and will play at Home for the first time next Friday night against Westside ( 0-3 ) at Wilts Salmons Field.

“… We knew the three road games were going to be tough and for us to be 2-1 headed home next Friday we are excited. I’m really proud of our guys for their effort the last three weeks. Our defense was really good tonight against a talented team that has a bunch of athletes. We need to get our offense going a little bit quicker and get off to a better start. I thought all and all our kids played really hard.”

“… Been a tough week for us we went to the funeral home Tuesday night as a team. Jordan Beckelheimer lost his mom and we thought that was the best thing to do and go support him and show him what he means to our program. He doesn’t have the best support system and wanted to be there for him. He has been through so much and is an important piece for us.”

“… Since I was on the A Team I have always loved to hit people and be violent on the football field. Our defense was stout tonight and the offense is really starting to come together. The last three weeks have been tough with three road games but we survived and get to play at home next week.”

“… This week has been tough with Jordan losing his mom. He is a great teammate and we just wanted to be there for him during this. He doesn’t have the best upbringing or background but he is one of us and I’m sure glad of that.”

BOBBY ALLEN: MARTIN COUNTY IN THE NEWS...BAD OR GOOD?