‘TRICK OR TREAT’ NIGHT SET FOR OCTOBER 31 IN LOUISA

LOCAL RESIDENT MAKES SECOND VISIT IN FRONT OF THE COUNCIL TO ASK THAT CITY DO SOMETHING ABOUT ODOR AND OTHER CONCERNING ACTIONS AT DOG KENNEL RUN BY FORMER LAWRENCE COUNTY SHERIFF.

LOUISA, KY. — The regular September meeting of the Louisa Council got turned on its head, after the main agenda subject declared for meeting had to be delayed until at least next month, after a small hiccup in an otherwise very large initial business agreement.

Mayor Harold Slone, and  4 of the 6 council members present at the meeting (Gary Robertson, John Nolan, Matt Brown and Tom Parsons) and  the rest of those who were attending the city meeting received the update on the Foothills application for a city franchise.

Mayor Slone reported that he thought he would be presenting the initial agreement of the city with Foothills and others cable companies on the Cable Franchise Agreement, but at the last minute there was a disagreement over some of the wording of the contract, to which Louisa Attorney, Eldred “Bud” Adams, remarked that the dispute involved some terminology in just a ‘couple’ of paragraphs’ of the lengthy contract agreement.

Mayor Slone also addressed the issue he brought before several months earlier concerning the long standing franchise agreement the city had with Kentucky Power that has been in place for at least 20 years, if not longer, in which the city was supposed to get 25 percent on the street lamps in the city. But under the wording of the agreement the city has with Kentucky Power, as in the recent years as the city has been replacing the older street lamps with the newer street lamps, they were not getting a full rebate on the new street lights. After several meetings and some negotiations with Kentucky Power officials, the company agreed to provide full 25 percent rebates on all lights in the city (minus city flood lights), Slone said.

Mayor Slone brought up with AEP the effects of using regular bulbs vs LED lights, and whether the discounts would apply to any new lights that would be placed in any future annexation areas into the city.

Overall, according to the mayor, who was backed up by city clerk Kathy Compton, while rebate payback through the years that AEP sent at the end of each year was not too large of an amount (around $5,000 or so), Ms. Compton stated that when the money came back each end of every year , it came at the right time, because, it turned out it was needed badly to cover unexpected city expenses.

In both cases both sides said they would have the new franchise contracts ready for next month’s council meeting. 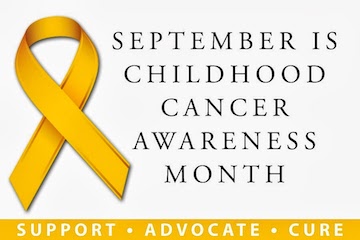 Mayor Slone gave a proclamation that  the city recognize September as ‘Childhood Cancer Awareness Month’ (which it is recognized national designation) This was a personal initiative brought to the mayor’s attention by several local student advocates and their parents. While reading the proclamation, Mayor Slone read some sobering statistics:

* Cancer was the leading cause of death of in children in the US each year.

* One in 285 children in the US are diagnosed by their 20th birthday each year.

* 40,000 children are on active cancer treatment at any given time in the US

* The average age of cancer diagnosis in children is 6 years old, compared to 66 years old in adults.

* 80 percent of cancer diagnosis in children is in late stage with metastatic growth.

* The annual rate of the growth number of children diagnosis every years has been is 0.6 percent since the mid-1970s, for a total growth childhood cancer has gone a total of 24 percent in the last 40 years.

* 2/3 of the children will get chronic health issues due to the toxicity of their treatment.

* 1/2 of child cancer families experience financial hardship due to costs of paying for treatments via out of pocket expenses.

Mayor Slone in a statement to the council said that he had visited a child cancer treatment center in Lexington not long ago where some local children were being treated, and he was taken back by the sheer number being treated there, remarking seeing all the children who surrounding the playing piano inside the entrance to the center left him near speechless.

Next Mayor Slone held a vote on approving of the minutes of the city council meetings, on July 16, August 1, and August 29, which all passed unanimously.

After mayor Slone gave a brief update about Cable Franchise Agreement that got snagged the last minute before he would have introduced at the meeting, in which he had the city clerk to move that agenda to the October regular city council meeting, the mood turned when Mayor Slone joked with city clerk Compton that she ‘forgot’ to put the most important event of the year on the agenda, which was since it was September, the need to set the date trick n treat in Louisa next month.

The mayor stated he was setting officially as Thursday, October 31, 6-8 P.M.; and that the last 2 to 3 years they had kept putting it on the last Saturday of October so as it would not interfere with the “Nightmare in the Park” in downtown Louisa.

Mayor Slone said he had spoken to the committee that handled Nightmare in the Park, and they wanted to have their festival on the same evening as the city mandated time for trick and treat time (Halloween night). Slone said that committee was making changes in direction due to the numbers of those who attended had gone down the past 2 or 3 years, and he believed that it would be of beneficial results for the community in the whole Halloween celebration experience. However, the mayor said he would change the date if necessary if forecast weather conditions were of severe haphazardness that would be a safety risk for everyone.

The city council voted unanimously on setting the date for trick and treat night as Thursday, October 31, from 6 to 8 P.M.

After turning over to council if they had any personal questions regarding the meeting so far, a council member brought up the street lights situation again, due to business owner wanting street lights on along the 644 roadway to be installed on his property, Mayor Slone said that could not be done as being paid by city for the monthly bill because the said property had not been annexed yet, if and when, they could, by the city, the city could install the lights, but the power company would come and turn them on. He said the lights were not property of the power company, after they would pay for the upkeep of the lights. That would be the responsibility of a property owner to pay the monthly bill, not the city, which has led to the owners then rebuffing and telling that they did not want the street lights to be turned on.

Doggone it, move those dogs!

Finally, in the last piece of council business,  the final  third of the just under an hour council meeting, the mayor invited a Louisa resident to speak up on a personal situation. Jim Kiitts, spoke up to the council on a second return back in recent weeks, to complain again about problems he and his neighbors were having with a dog kennel lot that is owned by former Lawrence County sheriff Bobby Workman.

Kitts stated that there is a constant odor from the dog lot, but his main concern was that Workman had recently dug two new trenches from the lot and has been wash dog fecal waste out of the kennel into the trenches and then would wash them onto the street, into neighboring grasses, and into drains near a city water main. 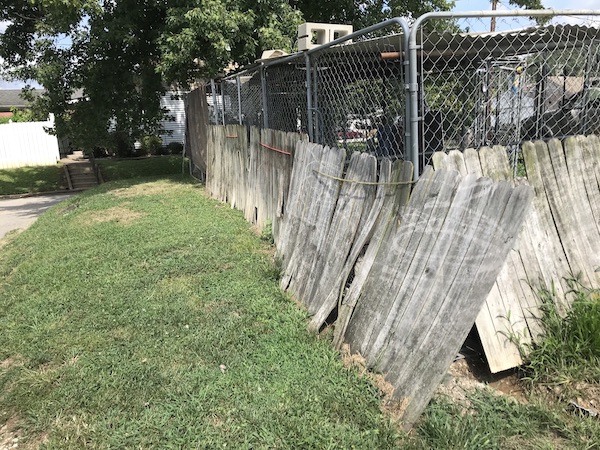 Mr. Kitts reminded the mayor of the photos he had sent him, to which then Mayor showed to the rest of the attending council members and city attorney Adams. The mayor spoke that there had been changes in the animal control ordinance, as well as a change related to that in the nuisance law. The city clerk brought out both ordinances for the mayor and the city attorney to review. This led Ms. Compton to make the offhand remark that, “situations like this is going to one day lead to one person causing everybody in Louisa to be not allowed to own a dog.”

Police Chief Greg Fugitt spoke up to Mayor Slone, that he had recently inspected the dog property and took photos as well. He stated he did not see any dog waste or smell any odor in the neighborhood, but once he got right up to the property, the odor was definitely strong.

Jim Kitts further stated  that he thought that there was ‘something definitely wrong mentally’ for the actions of Workman by washing the dog waste into areas were local children played, and that he thought the city should regard it as a significant health hazard.

Kitts also said one neighbor had moved, and the family that was renovating the vacant house afterwards, had a lot of trouble with the odor, and Kitts tried to get the neighbor to come to the meeting, but that the man decided against it.

Mr. Kitts reminded the mayor at first appearance, which Mr. Workman appeared, and told the council he would put protected extra fencing to block the spreading of the dog waste; but Mayor Slone claimed in the various photos it showed that added fencing was flimsy at best.

Attorney Adams said that if the city fined Mr. Workman over the dog kennel lot, it would be via the nuisance law, not the animal control law, it would be $25 dollar per violation, that the matter would have to be taken care in district court, since there are no police courts anywhere in Kentucky anymore. Adams also clarified to Mayor Slone that the city would not get any money from any fines imposed.

Mayor Slone ended the matter by stating that he and Chief Fugitt would speak again to Bobby Workman about the dog kennel lot, and both Slone and city attorney Adams told Jim Kitts he might ought to consider hiring a private attorney and take action by filing a civil lawsuit against Mr. Workman.

After couple of more minutes of general unrelated material between the Mayor and city council, with no more speak up from those else attending, mayor Slone motioned the end of the council meeting, which started at 7:05 P.M. and ended just around 8 P.M.