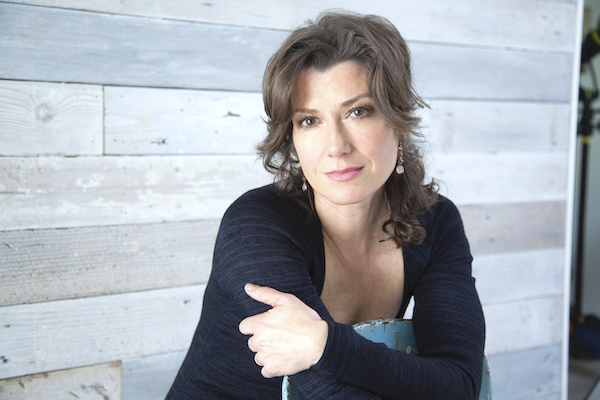 Prestonsburg, Ky. – One of the biggest hit makers in Contemporary Christian and pop music for almost three decades will play the Willard & Lucy Kinzer Theater at the Mountain Arts Center (MAC) on September 28. Amy Grant is one of the most recognizable voices in the music industry with 26 Dove Awards and 6 Grammy Awards. Proof of her staying power, she won her first award in 1984, and took home her latest Grammy in 2007.

Early on, Grant’s iconic voice became instantly recognizable in both the Christian and pop worlds. Over the years, she has sold more than 30 million albums world-wide, including three multi-platinum, six platinum, and four gold. Her chart performance has also been consistent throughout her career, boasting six No. 1 hits, 10 “Top 40” Pop singles, 17 “Top 40” Adult Contemporary tracks and multiple Contemporary Christian chart-toppers. In April 2016, Grant celebrated the 25th anniversary of her first pop hit, “Baby, Baby”, with a worldwide release of a new version of the song featuring pop sensation and fellow Capitol Music Group recording artist Tori Kelly.

Grant resides with her family in Nashville, Tennessee, and is widely known for her philanthropy and tireless involvement in local causes and charitable organizations. Her own organization, The Helping Hands Foundation, has afforded her the opportunity to identify needs around her and the resources to help meet them, which has proven to be the sweetest reward of all.

An evening with Amy Grant will be Saturday, September 28th at 7:30 p.m. at the Mountain Arts Center in Prestonsburg, Ky. Tickets range from $39-$74 and can be purchased at macarts.com, by calling 888-MAC-ARTS, or by stopping by the MAC Box Office.