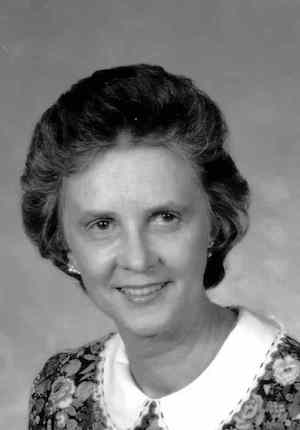 She was born at home in rural Lawrence County, Kentucky, to Pearl and Rosa Layne Vanhorn on August 22, 1935. She grew up on the family farm, graduated from Louisa High School, and received a degree in Home Economics from Berea College. Following graduation in 1957, she moved to Pineville, Kentucky, where she worked as a Home Demonstration Agent for Bell County in the Extension Department of the University of Kentucky until January 1961. During this time, she was granted a scholarship for a special extension program and studied at Cornell University during the summer of 1958.

She married William Baxter Wharton, D.M.D. on July 27, 1960. The couple relocated to Barbourville, Kentucky in early 1961 where she continued to work as a Home Demonstration Agent until April 1962. At that time the couple moved to Washington, D.C. after her husband enlisted in the US Air Force and was stationed at Andrew’s Air Force Base. Upon discharge from the service in April 1964, the couple moved briefly to Frankfort, Kentucky, then relocated permanently in Lexington, Kentucky.

Dorothy joined first the Frankfort Woman’s Club in 1964, then transferred her membership to the Lexington Woman’s Club in 1965, and has remained an active member since that time. She participated in both the Garden and Fine Arts Departments activities for 54 years. She very much enjoyed working with the underprivileged children at the Clothing Center over the years, and worked with fundraisers for the Clothing Center in years past. Dorothy was also active in then Bluegrass Dental Auxiliary and was a past president of this organization. She was a member of Second Presbyterian Church and served as a Deacon there in the past. Dorothy very much enjoyed playing bridge and has been an active member of several bridge groups for the last 40 years.

She was preceded in death by her parents, her brother, Clifford Vanhorn, and her husband, William B. Wharton, D.M.D. She is survived by her daughter, Robin E. Wharton, D.V.M., and her beloved cat, Princess, as well as a sister in law, Garnet Vanhorn, and two nieces, Rosanna (Ken) Fitts and Michelle (Stan) Baird. She is also survived by numerous wonderful and caring cousins through marriage who have provided love and support for many, many years.

Services will be held at Kerr Brothers on Main Street on Wednesday, September 11, at 12PM, with visitation preceding from 10 am to 12 pm.