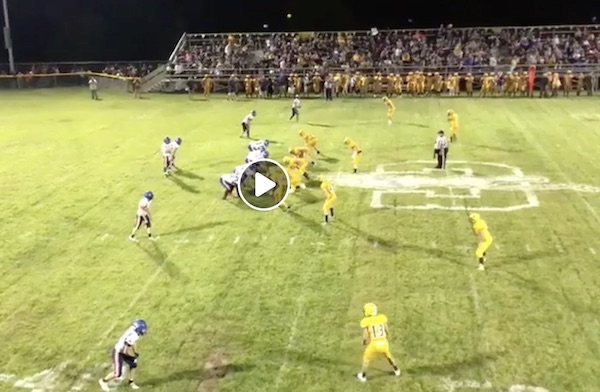 Clay Co. led 8-0 before the Rebel defense forced a safety as the Panther QB was called for intentional grounding in the end zone to make it 8-2 after Tolsia was stopped at the one yard line.

The Rebels tied it up when Jesse Muncy took a QB sneak 12 yards for a touchdown to make it 8 all and that would be the halftime score as well.

In the second half the Rebels took the lead for good as Muncy tossed a 42 yard strike to Gavin Meadows and Tanner Copley scored the two point conversion to make it 16-8.

Clay Co. added a 65 yard touchdown pass to make it 22-14. The Panthers got the ball back late in the game but a John Wilson sack and Austin Gauze intercepted a pass to seal the victory.

Tolsia will once again hit the road next Friday with a trip to Hamlin to face Lincoln Co. ( 0-2 ).

“… Very happy bus ride home, much better with the win. Our defense was really good and our special teams was a lot better compared to last week.”

“… On offense we kept shooting ourselves in the foot with silly mistakes and turnovers along with holding penalties really hurt us. We gave them a short field on their first touchdown. Clay Co. has a nice ball club with some really nice players.”

“… It doesn’t get any easier for us next week on the road. Lincoln Co. is another Double A opponent and a tough place to play.”