ACTIONS TAKEN AS PART OF INITIATIVE ACROSS THE STATE,THAT BEGAN IN LATE AUGUST, AND WILL CONTINUE THROUGH SEPTEMBERFEST WEEKEND AROUND THE LOUISA AND LAWRENCE COUNTY AREA 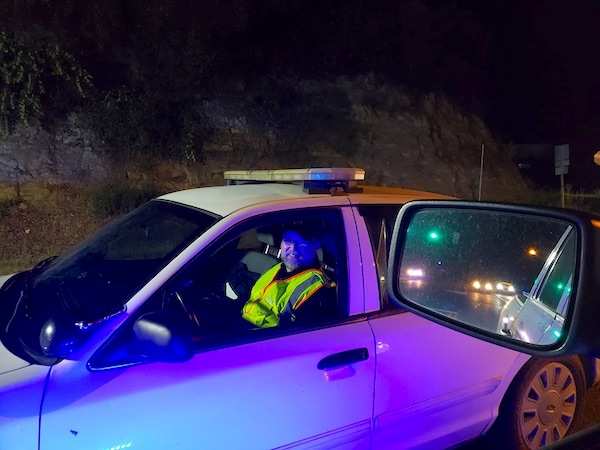 The trio of local law enforcement agencies that represent Lawrence County have ramp up their presence on the roadways in the area by conducting multiple road way check points of vehicles, to search for driers who may be inebriated, any other criminal offenses or have motor vehicle violations.

The uptick in local police roadway surveillance locally is the local joint effort of a statewide imitative  that began in late August and will continue through the upcoming weekend.

The announcement for the reason for conducting the checkpoints by all of Lawrence County’s police are participating in a joint effort to improve highway safety as part of Kentucky’s “Drive Sober or Get Pulled Over” Campaign that is ongoing across the state.

The checkpoints in Lawrence County began on Thursday evening, August 29 a have been ongoing and will be thru late Sunday night September 8.

The results of these checkpoints yielded in 3 DUI arrests, 1 Operating on DUI Suspended License arrest, 35 Motor Vehicle Traffic Citations, and in addition 11 Criminal Charges that were levied on several individuals.

While the capacity of any operations status by the Kentucky State Police as it concerns Lawrence  County, one would believe that since a statewide directive was ordered by the Kentucky Department of Transportation, there is likely to be a somewhat tangible presence in Lawrence County, especially  with the festivities in Louisa this weekend.