VOLLEYDAWGS FINISH THIRD AND MARTIN CO. RUNNER UP IN THE BULLDOG BASH 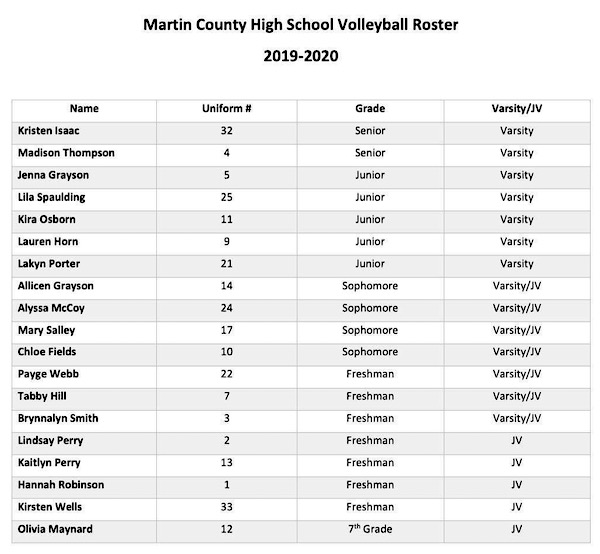 “… The tournament was a huge success thanks to all of our parents, players, and community members. Our team had some moments of greatness and then a few inconsistencies. We are bouncing back from some injuries and trying to put everything together for an entire game. Once that happens we will be unstoppable. I look forward to the rest of our season based on what I saw on Saturday.”

“… I’m proud of my girls so far this season. I know it’s early, but our schedule is both tough and demanding and they’re rising to the occasion. I believe we will continue to grow and will be a top contender in the 15th region.”