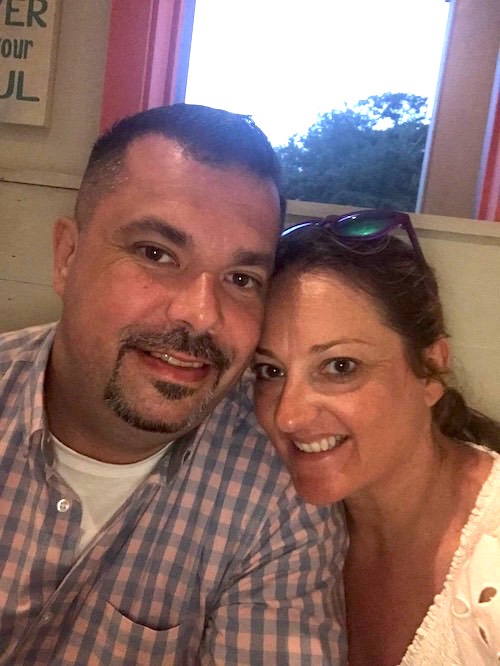 Born in a small area called Phelps located in Pike County, Kentucky, Shannon Blankenship lived an ordinary life. He had a mother at home whom he loved dearly. Shannon’s father was also at home, and he wanted to love him as much as his mother but found this to be very difficult. His father was a Korean War veteran who suffered from severe Post Traumatic Stress Disorder (PTSD), and there were several instances that Shannon would see his father beat upon his mother that he loved so much. His mother eventually found the courage to leave his father for good, and when Shannon was eight years old, they divorced.

Shannon’s mother had sole custody of him, and from time to time, he would get visits with his dad. He recalls an instance when his father took off with him to North Carolina without the consent of his mother. His mom ended up calling the law and pressed charges of kidnapping on his dad. Several days went by when they finally caught up to them, and they arrested his father. Not long after this, the relationship with Shannon and his father took a dark turn. When he was just ten years old, his father started to molest him. For three years this went on in secret behind closed doors. It wasn’t until years later that Shannon spoke up about the abuse.

His mom ended up getting married again when he was 13, and Shannon say’s his new stepdad was a great guy.

“My step-father was a good Christian man, who was God-centered, and he ended up becoming a father figure to me while he was alive.”

Living at home with his mom and stepdad, he received a phone call from his dad’s residence. The call was informing him that his father had a heart attack. Shannon and his brother rushed over to his father’s house as quickly as they could. They got there 10 minutes before the ambulance showed up, but everyone was too late. At 16 years old on July 20, 1993, he watched them put his father into a body bag and zip him up.

What followed this was the beginning of a 26-year battle of drugs and alcohol. Shannon was having severe panic attacks and nightmares from all the trauma that he had experienced in his life. His mother ended up taking him to the doctor over this, and the doctor prescribed him a drug called Xanax. This medication began helping some, but it wasn’t enough to suppress his feelings.  On top of the Xanax, Shannon ended up drinking and smoking marijuana with it. By the time he was a senior in high school, he was in full-blown addiction, addicted to benzos, alcohol, and pain medication.

After high school, he got his first job, and he was now putting some fast cash in his pocket. Shortly after this, he was introduced to cocaine and LSD. Using these drugs combined with everything else he was taking, Shannon said, “I finally found how to numb my pain, these drugs masked my feelings of what happened to me as a child and I had no intentions of stopping.” It was also around this time that his stepfather passed away.

Years went by, and in 2011 Shannon’s mother became very ill and was so sick that they had no choice but to put her into a nursing home facility. The facility that she went in was in Louisa, KY, because this was closer to the residence of his brother. Shannon ended up moving to the same area to be close to her. He ended up getting a job at the facility that she was in, but not long after that, she passed away. So here was Shannon at 42 years old and he just lost the only good thing in his life. On top of all of the other feelings that he suppressed; he now added a mountain of grief on top of it. He was making the best money of his life at the nursing facility, and two years after his mother passed away, Shannon took too big of a dose of drugs and had his first overdose. He was rushed to Three Rivers Medical Center and ended up going up to the 3rd floor for a mental evaluation. He was diagnosed with severe depression and was released to the care of his brother.

Depression got the best of him, and he could no longer hold a job because of it. Shannon said that these were the worst years of his life. Being a grown man dependent on his family was not only driving him crazy but his loved ones as well. He was stealing from them every day, lying to them, and manipulating them. This all brought Shannon to a point to where he decided he was tired of living. In July of 2017, an argument between him and his brother was the tipping point. Shannon grabbed all of the anti-depressants, muscle relaxers, and nerve medication that he could get his hands on and took them all in hopes of ending his life. Luckily, his brother found him blacked out just in time to call 911. When they showed up, they rushed him straight to the hospital. Hours later, he came to, and they told him that he had died and that he may die again because of the mixture and the number of drugs that were in his bloodstream.

Laying in an ICU bed, Shannon, for the first time, cried out to God and pleaded, “God if you will let me live, I will become the man you want me to be.”

Shannon reached out for the first time in his life for help. His brother was attending a church called New Life in Fort Gay, WV. From the church, his brother connected him to a man named Ray Church, and that man was connected to an organization called Addiction Recovery Care. A few days later Shannon had a bed scheduled at the Sanibel House in Catlettsburg, KY. Shannon said, “I was so broken and empty inside and didn’t know who I was anyone, the only thing I knew for sure was that I made a promise to God and I was going to honor it.” Shannon ended up staying in treatment through phase 1 and 2 and then was able to obtain a Unite Voucher to get an extra 100 days of treatment. All together he stayed for about six months. It was during this time that he finally for the first time in his life began to deal with all of the resentments and unforgiveness towards his father and started to unpack all of the grief of losing his mother.

After his voucher ended, he was able to enter a sober living home in Ashland, KY. It was here that Shannon was able to get a job and save up enough money to get his own place and automobile. 18 Months in his sobriety, Shannon began to pray for a wife. One of his friends had another friend that was a lady praying for a husband as well. Their mutual friend ended up introducing them to each other, and instantly, they felt as if they had always been together. They both loved God and were in church, and four months later, they decided to get married. Today Shannon is working for the company that saved his life and has a career helping other people become the men that God wants them to be.

“There is hope, we do recover, but we must surrender our life and will over to the hand of God so he can pour out his blessing over us, it is then that he will reveal our destiny to us and take us on a journey that we won’t regret. There is a better life.”

If you or a loved one are struggling with addiction, contact an addiction specialist at 606.638.0938 or use our confidential chat function at www.arccenters.com. We are available 24 hours per day, 7 days per week. Hope and help are just a phone call away