Carter says 'no way' he will sign off on tax raise; Pelphrey says no raise requested...

Carter says Library has over $6 million in reserve

LOUISA – Lawrence County Fiscal Court held their regular monthly meeting on August 22, 2109. The Court made decisions from approving donations for Septemberfest to having conflict with the Library taxes and how funds are being spent.

They held the Opening Prayer and Pledge of Allegiance before calling the meeting to order.

Approved Donation to Septemberfest in the amount of $1000.00. Motion made by David Pinson, second by Rick Blackburn.

According to information provided by Judge/Executive Phil Carter currently Lawrence County is the 5th highest in the State of KY. for library taxes at 14.7% paying the highest salaries with miscellaneous expenditures such as purchasing vehicles and building expansions.

The Court decided not to accept an increase in the tax rate at this time after a presentation by director Carlie Pelphrey who said today that there was no request for a raise in the library tax in the budget, anyway.

“We need to change how the library assesses its needs,” Judge Executive Phillip Carter said. “We need to lower the rate and I will not sign anything at this time if it is run like it has been run in the past.”

“We are not against the library in any way. We just feel the excess funds should be applied to the children.”

In response to Carter Ms. Hillman issued the following statement:

“…The Board of Trustees did not raise the library tax. They voted to keep the property and real taxes at 14.7 again this year, which is below the compensating rate. See attached document for historical tax rates.

Furthermore, I’d like to address several comments made by Judge Carter in the August 20 Fiscal Court meeting. The information below is per the KDLA 2017-2018 Statistical Report at: https://kdla.ky.gov/librarians/plssd/Documents/KDLA1718.pdf.

In comparison with the other libraries in the state we rank:
#47 in LOCAL GOVERNMENT REVENUE
#42 in OVERALL REVENUE
#60 in TOTAL SALARIES 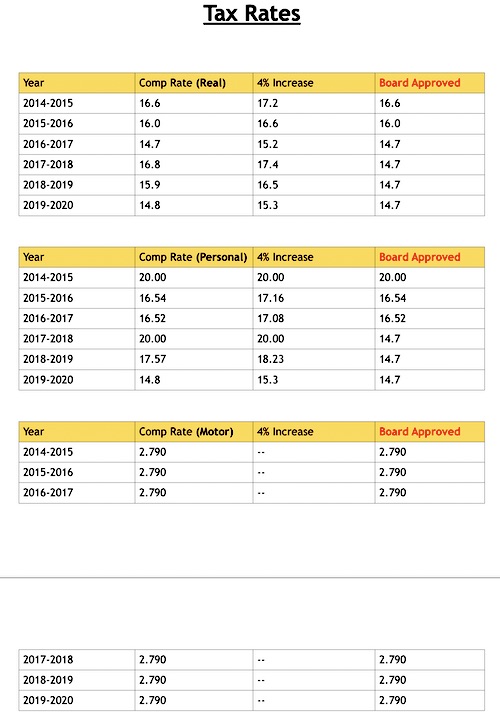 Carter has appointed two new members to the five member library board in recent months and has expressed concern over the use of library funds.

It is not clear whether or not the fiscal court has any sayso over the library tax except to agree to accept the library budget into the minutes of the court.

HERE IS A STATEMENT RELEASED BY JUDGE/EXEC. CARTER THIS AFTERNOON:

“…The Lawrence County Fiscal Court is in full support of the Library and believe that they do wonderful things for our children and our community. We just feel that the large sum of money they have accumulated which is in excess of $6,000,000. could help our community and rural children and would also justify lowering their current tax rate.

The Lawrence County Fiscal Court’s desire is that the Library lower its tax rate to lower the burden of the tax payers in our county.  According to the 2018 Kentucky Department of Revenue our Library has the 5th highest property tax rate in the State at 14.7.