Will supply light for 60 acre greenhouse near Morehead, Ky 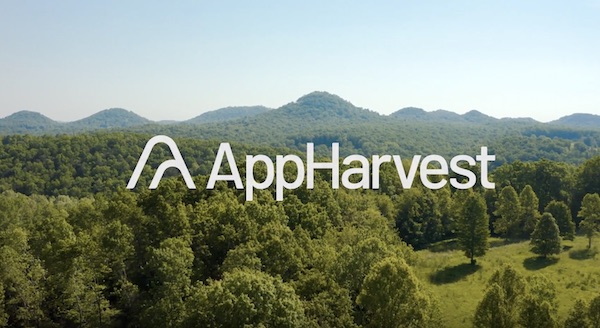 VIDEO AND IMAGE GALLERY: Click here for greenhouse renderings, aerial video of the site and images.

AUGUST 15, 2019 – MOREHEAD, KENTUCKY – AppHarvest announced today its 60-acre greenhouse will be outfitted with a $15 million hybrid LED lighting system, making it the world’s largest LED installation for a single building. Through a partnership with Equilibrium, a leading greenhouse investment firm that is providing upwards of $100 million for the facility, the state-of-the-art greenhouse will utilize Philips GreenPower LEDs from Signify and will begin installation early next year.

AppHarvest’s controlled environment agriculture facility in Morehead, Ky., will grow tomatoes and cucumbers. The structure is under construction and will open in the second half of 2020.

AppHarvest’s engineers have devised a cutting-edge hybrid system to dramatically reduce energy usage in the greenhouse and increase yields. The Philips GreenPower LEDs, which are 40 percent more efficient than typical greenhouse lighting, will be paired with Agrolux high-pressure sodium (HPS) lamps. Given their efficiency, the LEDs produce less heat and will be used in warmer fall and spring months to grow more produce. During colder months, both the LEDs and HPS lamps will be used, and the heat from the latter will help warm the greenhouse and reduce natural gas usage. AppHarvest produce will be distributed to the top 25 U.S. grocers through partner Mastronardi Produce.

The LEDs will be installed by Dalsem Complete Greenhouse Projects, which is overseeing construction of the 2,762,073-square-foot greenhouse. The LED installation raises the all-cash investment by Equilibrium’s Controlled Environment Foods Fund from $82 million to upward of $100 million.

Equilibrium Senior Principal Marco de Bruin: “This $15 million lighting deal is the latest example of how farming is undergoing a profound shift to utilize more capital and production infrastructure. The result is better meeting the demands of consumers, retailers and food processors for more reliable, year-round, fresher, and sustainable foods.”

Dalsem Complete Greenhouse Projects Managing Director Jan Pieter Dalsem: “Dalsem has helped build nearly 1,500 projects over the course of our 87 years of experience, and the scope of AppHarvest’s greenhouse and its leading technology make it unlike any other.”

Signify Agriculture Lighting CEO Bill Bien: “We’re very excited about our collaboration with AppHarvest and Equilibrium. It’s great to work with partners just as committed to sustainable horticulture as we are, and we’re looking forward to helping them increase growth predictability, crop quality and yields, while improving their energy efficiency.”

AppHarvest is building some of America’s largest greenhouses, combining conventional agricultural techniques with today’s technology to grow non-GMO, chemical-free produce to be sold to the top 25 U.S. grocers. The company has developed a unique system to reduce water usage by 90% compared to typical farms, as a 10-acre, on-site rainwater retention pond pairs with sophisticated circular irrigation systems. The system also eliminates agricultural runoff entirely. By locating within Appalachia, AppHarvest also benefits from being less than a day’s drive to 70% of the U.S. population. That lowers diesel use in transportation costs by 80%, allowing the company’s fresher produce to compete against low-cost foreign imports.