SHEPHERD SHOWS OUT IN BIG LEAGUE DEBUT VS YANKEES 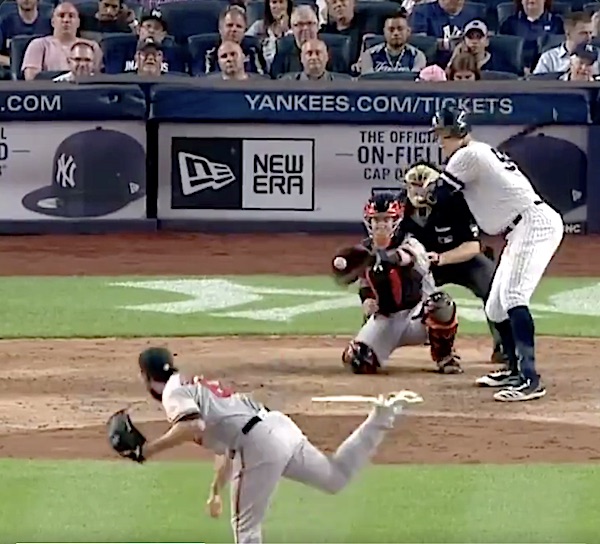 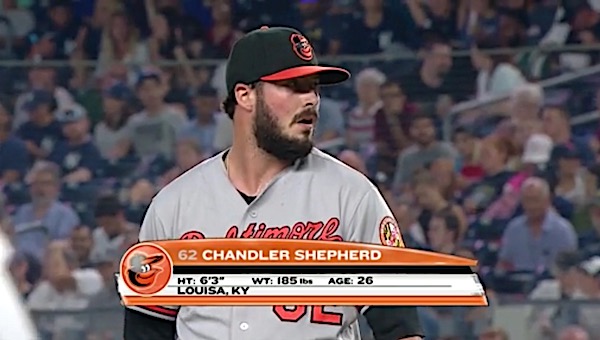 Shepherd was effective against the most potent offense in baseball he threw 68 pitches in which 41 were strikes, allowed 5 hits, 3 walks, and struck out 2 including Aaron Judge for his first career strikeout.Shepherd entered the game with the Orioles trailing 7-2 and pitched the 5th, 6th, 7th and 8th innings to give his team a chance to win. 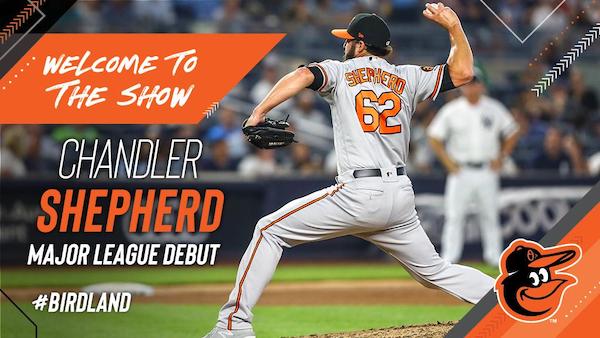 The Yankees are tied for the best record in baseball with the Dodgers at 80-41 and Shepherd held them in check.

{NOTE: I couldn’t be in Yankee stadium to watch Shepherd’s debut but I was in the second best place and that was up on the hill watching with Jimmy, Cindy, Chelsea, Brandon, Nephew Beau, Johnda and Luke ON TV. When Chandler recorded the first out watching the family celebrate, it is a moment I will never forget.}

“… Didn’t have time to get nervous, Just excited to help the team any way I can.”