LOUISA UTILITIES BOARD MULLING DETAILS ON I&I PROJECT; BIDS WERE TOO HIGH BECAUSE OF ASPHALT ISSUES MAYOR SAYS

Water and sewer plants may soon have two interns from ACTC 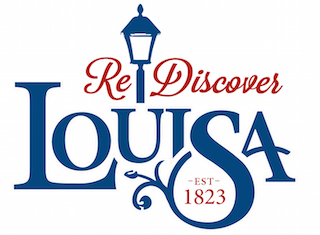 There were no customers in attendance with issues.

The mayor and distribution supervisor updated the board on some of the small in-house projects like Doe Knob road, Dove Lane, and Holly Hills. Everything is moving as planned mostly waiting on DOW approval of plans.

The largest discussion was concerning the much anticipated Sewer I and I project on Lock Avenue and Pike Streets downtown. The discussion involved how a change in asphalt specifications late in the planning stages had caused the base asphalt and surface to run a lot higher than had previously been anticipated. Mayor Slone led the discussion and advised the board that he had been in touch with KYTC with concerns about the changes and possible solutions.

He advised that Lock Ave was a state road and the state had already planned on resurfacing it this year but it was held up waiting on the sewer project to get complete. With that in mind he is working with the state to get a commitment that they would still do the surface when the project was done which would help reduce the cost of the project for the city. He believes it will happen but waiting on FIANL approval from KYTC.

Board members also discussed the possibility of taking that street back as a city street since the city project is going to be paying for new curb and gutter, new storm drains, and new asphalt for the street anyway. The board agreed that this would be an Option B  if the previous option did not finalize.

At the end of the discussion the board voted unanimously to have the engineers clarify some language about the surface, line item part of the project, and re-advertise for bids. P and A engineers agreed and stated they would begin work immediately  to prepare a new advertisement.  Attorney Adams stated he would be in touch with them about the time frame to advertise.

Distribution supervisor Wright updated the board on the water line replacement project currently underway on Boone and Rice Streets. The contractors are on schedule and the project is going as planned with the goal of being done by late fall but still in time to resurface the streets before the asphalt season is complete.

The board heard from a representative from Enecon concerning some preventative and repairs being sought by Devaney at the wastewater plant. All agree to move ahead with the maintenance upgrades as soon as funds allowed at that mayor’s discretion.

The board also reviewed financial information, and approved two purchase requests for the the water plant, including turbidity meter for plant hill tank.

Lastly the mayor updated the board about staffing at the water plant including one employee had left for a higher paying job and a new intern from ACTCS has started . The intern will work at the plant 30 hours per week while taking college courses that would apply toward credits for water treatment license. The goal is for the intern to obtain necessary experience required by DOW while attending school so they would be ready to test when finished. The intern is provided by the college at no cost to the city. The mayor said he is working with the school and seeking an intern for the wastewater plant as well. “its a win win for the school , the student , and the city” Mayor Slone said. Meeting Adjourned at approximately 8:30pm.

GROWING UP IN LOUISA...County Schools