FRANKFORT- Despite a bold red stop sign and flashing lights that illuminate when thousands of Kentucky’s schoolchildren get on and off bright yellow school buses on a given day, some motorists ignore the signals, and state law, to zoom on by the buses, potentially endangering kids. 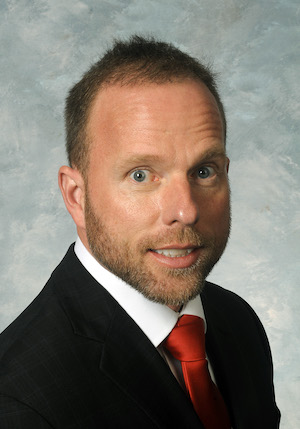 State Rep. Robert Goforth (R-East Bernstadt) today prefiled legislation (BR 136) that would require the installation of stop-arm cameras on all Kentucky school buses by August 1, 2023.  The law would impose a $200 fine on violators for a first offense, and a $500 for a second or greater offense within a three-year period.

“As a father, and as a legislator, I am committed to doing all I can to protect Kentucky’s children as they are transported to and from school, and I believe this is legislation whose time has come.  We’ve had some of the worst possible tragedies imaginable on Kentucky school buses both in the recent and distant past, and out of those awful occurrences, we’ve learned that we must be proactive in ensuring pupil transportation safety so that we do all in our power to protect precious lives,” Goforth said.

According to a 2018 survey by the National Association of State Directors of Pupil Transportation Services (NASDPTS), over 20% of school bus drivers in 38 states, plus the District of Columbia, found that nearly 83,944 vehicles passed 108,623 buses illegally on a single day last school year.  That number increased from just over 78,000 vehicles in 2017 and over 74,000 in 2016.

In-state statistics show that illegal passing is a problem in practically every county and school district in Kentucky.

As school districts, working with local law enforcement and prosecutors, attempt to catch and identify motorists who illegally pass buses, they can turn to a variety of stop-arm camera system suppliers, which offer devices that not only capture an image of the violation but make compiling and submitting evidence easier.  Some suppliers provide districts the option of leasing the equipment in exchange for collecting a percentage of the fines recovered from enforcing the violations, essentially at no up-front costs to the districts.

“This bill protects Kentucky’s children and holds reckless drivers accountable for their actions—I think it is something that all Kentuckians can get behind,” said Goforth.