A BLESSING IN BROKENNESS – LINDSEY EDWARDS

A Blessing in Brokenness – Lindsey Edwards 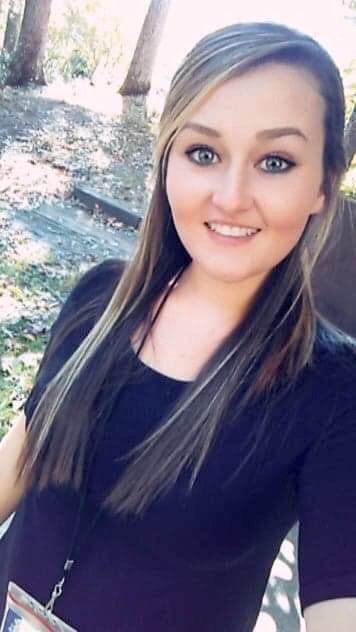 Lindsey Edwards grew up in a small county in Kentucky where there wasn’t much to do and there wasn’t much opportunity for someone growing up there. Most of her friends were older and they influenced her at a young age to start drinking and using drugs recreationally. During these teen years, Lindsey struggled with validation. She needed a man to look at her and show her she was worth something. This feeling she had caused her to be in and out of relationships. When she was 15 years old, she had to try and grow up quickly because she got married and gave birth to a beautiful, blue-eyed, baby boy named Keidan.

Lindsey stated, “I would like to say that the belief that I needed someone to define who I was stopped whenever God blessed me to be this little boy’s mother, but sadly it didn’t.”

During her pregnancy, she put on 40 pounds and began hating how she looked and who she was. Her marriage only lasted a year, so at 16 she found herself alone with a young baby.  She truly loved her son with everything she had and wanted to give him the best life, but she didn’t know how. When you are 16, you barely even know how to take care of yourself, but Lindsey was out to prove everyone, including her family wrong that she didn’t need them.

Lindsey said, “I jumped into another toxic relationship where I was introduced to opiates. They became my best friend. Each line I snorted, each hit I took, I instantly felt so beautiful. I fell in love with how confident I felt whenever I was high.”

She began to justify her addiction. Even though she had developed a drug habit, she felt as if it was all under control. On the outside it looked ok, she was able to graduate high school, she had a car and her son was taken care of. By her taking care of her son what she really meant was that she bought him the cheapest diapers, she would spend the rest of his KTAP money on dope and she allowed him to sleep in his car seat all night in random fields while her boyfriend cooked dope. Yet, she believed she was a good mother and didn’t have a problem.

The addiction caught up to her a short time later when she began using meth and heroin intravenously. At 19, she gave up custody and her rights to her son because she realized she couldn’t take care of him.  She was in college, dropped out. Her car, gone. She began living life like a zombie. In a deep zone where no one could reach her.

Lindsey stated, “I was tortured by my own existence. I was lost, living in a lost world, surrounded by lost people. None of us knew where to go, but we all knew exactly where we were going.”

After many failed attempts of quitting on her own she reached outside for some help. Entering a detox program, she stayed for 14 days and was transferred to an Intensive Outpatient Program. 3 days later she left AMA. She believed that she could leave treatment and start using drugs and alcohol responsibly.

“I was convinced that I knew what not to do in order to not become enslaved to drugs again and get my son back,” said Edwards.

The lie she believed that she could live consequence-free from drugs and alcohol was a delusion and ultimately led to another collapse. Within a year she had been banned from entering two businesses in her town and had racked up 6 charged, 3 of which were felonies. Facing up to 6 years in jail, Lindsey knew she had some decisions to make if she ever wanted to be a part of her son’s life again. She came to an agreement with herself that she was tired of being miserable and tired of hurting her family. On June 23rd, 2017, she checked into a residential drug treatment center called Beth’s Blessings.

Lindsey said, “When I walked into treatment, I was absolutely terrified. I was afraid of the unknown and didn’t know what to expect. Walking through those doors and staying that first week was the hardest thing I have ever done in my life. I was in the fight of my life. “It was in these most difficult times that she learned the true meaning of desire and learned how willingness and faith change everything. She began to learn what true courage was and learned how to fight when things got rough. Lindsey learned how to ask God for help instead of running away.  Lindsey was surrounded by godly women who scared her to death, but at the same time knew they genuinely cared about her. These women assured her that she didn’t have to fear of facing anything alone again. She learned that it was okay to be broken and that it was a blessing to be broken. “Being broken gave God the ability to rebuild me and mold me into his wonderful design that I was meant to be all along,” said Lindsey.

Lindsey’s plan was to stay for 30 days and go home to take the court’s offer of drug court, but 5 days before she planned to leave treatment, she learned that she was pregnant. It was at that moment she began to question everything about herself. She had already failed at parenting once; she didn’t want to put another child through that chaos. Taking what she had learned at treatment, she began praying to God about what she should do next. Suddenly a divine peace came over her that she couldn’t explain. It was at that moment she made the decision to turn her life and will over to the care of God. Instead of going home Lindsey decided it was best to go to Karen’s Place Maternity Center in Louisa, KY.

Lindsey said, “During this stage of recovery I struggled with fear and isolation. I was constantly doubting myself and who I was. I was always second guessing my progress and had days that the thought of never using again scared me to death.”

Even though she still struggled with things like validation and loving herself she remembered that she was not alone. “I thank God every day for Karen’s Place Maternity Center, because not only did they love me back to life, but through them God also gave me a second chance to be a mother. I now have a voice. Having someone believe in me despite the odds, helped me more than anything. For someone to freely give love, support, hope, and encouragement to me on a day to day basis softened my heart and opened my eyes to who Christ is.”

Today Lindsey has been in active recovery for over 2 years. She is not just existing in the world, but she is alive and has the opportunity to be a light to others every day. Lindsey is living out God’s purposes for her life and working at Karen’s Place as a Residential Admissions Specialist. More importantly, she is a mother, a sister, and a daughter. She credits her restoration to God and stands on his promises and blessings that are pouring over her life.

“To exist is merely to just breathe and function accordingly from day to day. Without reason. Without passions. Without dreams. But, to live is living life on purpose. Living to the extremes of what you are perfectly capable of! I am doing just that.”

If you or a loved one are struggling with addiction, contact an addiction specialist at 606.638.0938 or use our confidential chat function at www.arccenters.com. We are available 24 hours per day, 7 days per week. Hope and help are just a phone call away.

BSRDC GETS NEW ADMINISTRATOR, BUT HE'S BEEN THERE BEFORE