Cause of fire undetermined...

CAUSE OF FIRE AT GAS POWERED FACILITY UNKNOWN AT THIS TIME 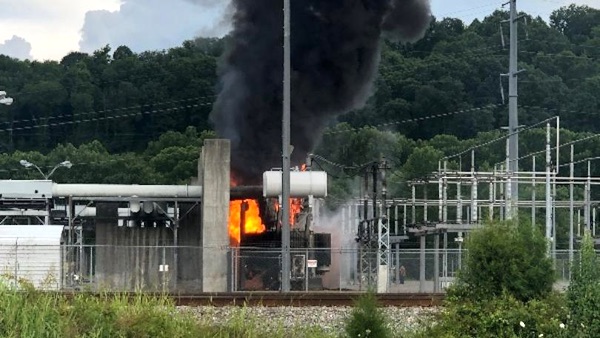 LOUISA, KY. — A fire that was reported at a local power plant near Louisa had emergency units in the area initially scrambling for a possible large response.

Emergency crews responded to the Riverside Generating power plant facility, which is about three miles north of Louisa, along U.S. 23 in Lawrence County, around 4:30 P.M. Saturday afternoon.

The power plant is directly adjacent north of the Big Sandy Power Plant, which is now gas powered by Columbia Gas, while the Riverside Generating power plant also makes electricity by being fueled with natural gas just up the 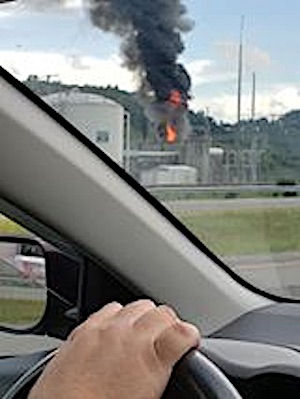 Firefighter crews at the scene stated the fire is in a large electric transformer. They further claimed it was unclear what started the fire in the transformer at the power plant.

The call of a potential large fire at the gas powered plant initially led to a major alert call for mutual aid assistance to various surrounding fire departments in the Big Sandy area, which included Louisa, Fallsburg, Big Sandy, England Hill and Fort Gay Fire Departments. Which would respond to that call size, a five-alarm fire call.

However, once Louisa Fire Department units arrived on the scene, they determined the situation was not as severe as was they first believed, leading them to cancel the mutual aid call to the other four fire departments, and a decision was made to let the fire burn itself out. 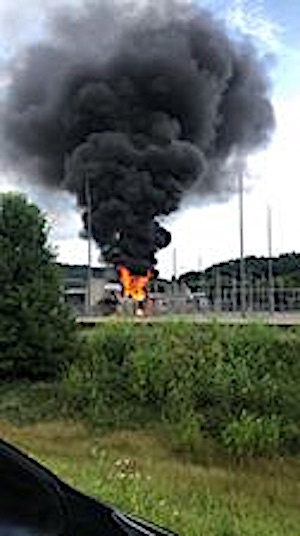 The investigation into the transformer fire at the Riverside Generating Power Plant continues; and if & when any new information about the fire is learned, The Levisa Lazer will post for the public the updates.

PHOTOS OF TRANSFORMER FIRE AT RIVERSIDE GENERATING POWER PLANT ALONG U.S. 23 NORTH NEAR LOUISA. PICTURES TAKEN COURTESY OF NICOLE KELLY, PAUL HORN, AND MICHAEL K. WOODS, AS WELL AS THE VIDEO TAKEN BY PAUL HORN CAN BE FOUND HERE.
ShareTweetShareSendPinShare
Next Post

Leave a Reply to US23 Cancel reply