It has been a busy start to the summer for Lawrence County. First we will begin with what is going on at our county park.

The fiscal court has decided to change the park’s name from Lawrence County Park to Lawrence County Wilderness Park. We have several new additions to the park including a county operated general store. The store is stocked with food, snacks, drinks as well as live bait. The store is also preparing hot dogs, sandwiches, ice cream and plans for more prepared food. 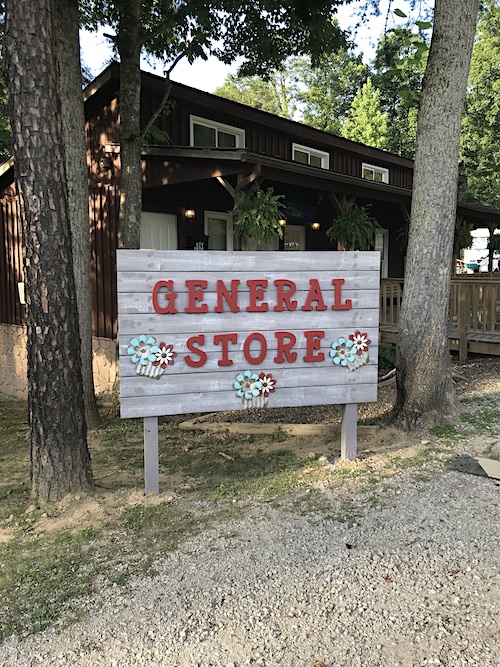 The park has been extremely busy with visitors especially along the lake and beach areas. It is really rewarding to  see so many people enjoying themselves and having such a great time with their families.

We are working on plans to create an extreme haunted trail at the park this fall. We will have our first meeting about this Monday July 8th at 5:00 at the court house in the fiscal courtroom on the second floor. If anyone is interested in being a part of this please attend.

The road department has been busy this past month. They have laid about 2500 tons of asphalt so far. We have plans to lay a lot more this year.

The past month Judge Carter and myself made a trip to Frankfort with other coal counties to speak with Governor Bevin about returning all the coal severance money to the counties instead of the state keeping a percentage. After a return trip to Frankfort and lunch with Governor Bevin he committed to putting in his next budget for coal counties to receive 100% of coal severance money. Speaker of the house David Osborne as well as senate president Robert Stivers gave their full support to this plan. The coal severance fund is down about 70% of what it was in years past so any additional funds from the Governor will be a tremendous help.

There is also plans in the works for developing an ATV trail system in eastern Kentucky similar to the Hatfield and McCoy trail in West Virginia. We also spoke recently with Judge Malone from Carter County and Judge Lewis from Elliott county about the possibility of the three counties forming our own trail system.

The county is actively working on plans and ideas for bringing more tourism and jobs into the county in order to help with our economy.

The county would also like to work with our public library. It is the fiscal courts hope and desire for the library to build a branch library in rural parts of the county such as Blaine so that kids can have more access to everything the library has to offer children in town. The fiscal court worries that children in rural parts of the county are being left out.

The county is working continuously on new ideas and plans that will benefit the citizens of this great county.