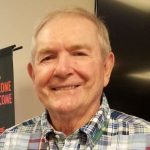 Well, I decided to write something because I still do not have the League’s scores

To let you know that everyone is alive and things are still cooking, here is the news about Eagle Ridge. First, Rodney has done a magnificent job on the course; I don’t remember it ever being in better condition. Second, the league is functioning well and has had excellent participation. Finally, because of all the rain, Laine canceled the League for yesterday’s play.

I still have no League scores, but it will be straightened out within the next two weeks, promise!

Since this is supposed to be a column about Eagle Ridge golf, I will give you an update on the past Saturday’s scramble. For those of you unfamiliar with a scramble, it consists of 4-man teams and the players play the best ball. There are prize holes, such as closest to the pin and longest drive, and most times there is a meal after the round. It’s lots of fun and used as fundraisers for various charitable organizations.

The Louisa United Methodist Church has quite a history with its scramble. Its scramble is the first, and only round of golf played on Eagle Ridge before the course officially opened in the spring of the following year. Our governor, Paul Patton, whose administration was instrumental in the construction of the course, wanted to play before the expiration of his term. So it ended with our Church being permitted to have a scramble in October, so the18-holes had a maximum time to grow. The scramble was the first and only time anyone played the course before the next year. After that, everyone was required to wait until the official opening in Spring of the following year to play.

The Church’s scramble coincided with the construction of our new Church. For 13-consecutive years a scramble has been hosted by our Church. The monies have been used to pay off the debt incurred in construction.

For the first scramble, the Church formed a committee to do the planning of the event. The committee consisted of J. Lynn See, Sheldon McCreary, Joe Bevins, Clara Elkins, Minnie See, and me, with duties divided among the members. Although knowing nothing at the beginning, the committee learned what to do and how to do it. The scramble was a success.

Now here are the scores and prizes:

In case anyone is interested, Team Jackson had a score of 54, that’s 17 under par. Our youngest player was 69. We were delighted with our score. 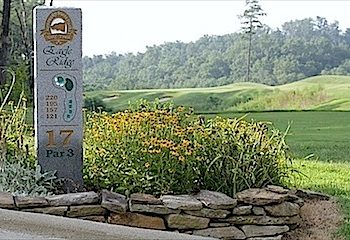