$1 BILLION BEING TARGETED TO COAL IMPACT COUNTIES BY ACT

Lobbying effort, teleconference this week to focus on economic boost for coal communities 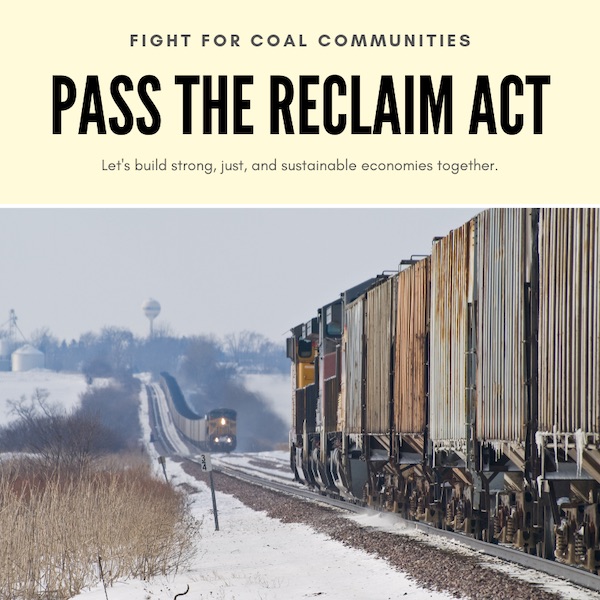 Several Kentuckians and other advocates from coal-impacted communities in Colorado, Illinois, Tennessee, Ohio, Pennsylvania, Virginia and West Virginia have been in Washington, D.C. this week in support of the RECLAIM Act (H.R. 2156).

The RECLAIM Act is a powerful step toward revitalizing regions of the country hit hardest by the coal industry’s downturn. It commits $1 billion to projects in states that clean up abandoned coal mines and waters polluted by them, and that lay a foundation for future economic development and diversification in coal-impacted communities. The RECLAIM Act doesn’t use a cent of taxpayer money – it imposes no new fees or taxes – but instead uses existing funds.

Supported by nearly 40 bipartisan cosponsors, the RECLAIM Act would provide an immediate economic boost to communities that have historically depended on the coal industry and could put laid off miners – who possess the skills necessary for this type of reclamation work – and others to work restoring damaged land, waterways and wildlife habitat.

Kentucky Reps. Hal Rogers, John Yarmuth and Brett Guthrie are cosponsors of the RECLAIM Act, which was approved by the House Natural Resources Committee in May. The Kentucky delegates hope to meet with Reps. Thomas Massie, James Comer and Andy Barr to urge their support as well.

On Wednesday, Rep. Matt Cartwright (D-PA) and Kentucky State Rep. Angie Hatton will be joined by representatives from the Appalachian CItizens’ Law Center in Whitesburg, Kentucky, the Eastern Pennsylvania Coalition for Abandoned Mine Reclamation and the Western Colorado Alliance for Community Action to speak on the urgent need to pass the RECLAIM Act to help coal-impacted communities across the country.

SALARIES SET FOR COUNTY EMPLOYEES: WHAT WILL YOUR COUNTY TAXES GO FOR?