GROWING UP IN LOUISA: FATHER’S DAY

Another year, another Father’s Day. Again, I must review the traditional model of fathers in general.  The trend these days is for children to grow up in split families that have adults who were not their natural parents. Blended families are common as are single-parent homes. Many have no male figures so children have to look elsewhere to learn those roles. I guess there’s always been fathers who don’t take responsibility for their own families for there’s no lack of those who renege on promises and live only for themselves. A good role model for being a father is rarely found today. Though highly visible, celebrities are notoriously unstable and immoral. The entertainment industry has long been morally bankrupt and portray family life as a comedy of bad behavior with dysfunctional members. How very sad.

There are many studies of the effects on children of living in a single parent household. By far the worst scenarios are those where a mother (figure) is missing, but there are effects enough to fear when the home lacks ‘proper’ male input, too. It’s not always possible to share life with fishing trips, spending time working on cars or in a woodshop, or with the kids at ballfields. Promises to see a game but not kept, hurts. Caring men can and should provide so much for the whole family. It’s not just the ‘quality’ time that is used as an excuse to do less, but a whole investment in important moments in a child’s life. I think it is sad that fatherless homes are rapidly becoming the norm. I think that speaks volumes about lack of character and the selfishness of some of my gender, and the lack of taking responsibility.

To make a blanket statement that the absence of a father is detrimental to the family may not always be true; however, to say the lack of a good father figure is almost always detrimental for the family is fair. Of course, some fathers are of such poor character themselves that being absent may actually be a blessing, but let’s not use that model to emulate. There are also homes where the father is in the military and cannot always be present. We must honor those households and stand ready to help as we can. Unfortunately, some fathers convince themselves that spend their lives working is his duty, never considering the loss their families endure by the absence of dad.

Today, I want to look at what the presence of the father should mean to a family. Fathers should add to the income flow to ensure the fiscal well-being of the family. The importance of bringing home the bacon cannot be ignored, but that is sometimes an excuse used to remove fathers from their other responsibilities. Earning money can’t be discounted as an advantage for the family, but surely there’s got to be more than that, especially in light that in many cases it’s mom that provides the family income.

First, I think that fathers should add stability. I’m talking about good parental relationships followed by a deep love for the children. Dads should have and teach about strength of character. Leadership by dad and a comfort in his knowledge and wisdom wins the confidence that will make life so much easier for the children as they grow. That is a model worth repeating in the generations to follow. This characteristic has its root in the notion that the ideal father has integrity and is a resource of knowledge. The man who carries out that role as a teacher and leader is treasured by the family as well as all those who know him.

Second, a father must within himself purpose to be dependable. His wife and the rest of the family knows that he will perform the role to the best of his ability. That adds a layer of trust and comfort and builds his influence on others. He provides protection for the family through this demonstration of selflessness and love.

Third, the father needs to restrain his impulse to criticize or complain, but instead be understanding and compassionate. Building up is always better than tearing down. A good father recognizes that overcome failures leads to a buildup of confidence and more subsequent victories. To pick up our losses and overcoming is something we must all learn. That isn’t to say that acceptance of wrong-doing is a goal, but more important is forgiveness, encouragement, and the support to overcome adversity. That is the greater target.

Humility has got to be next. There is little worse than parental arrogance, or pride. The ‘I am the boss’ attitude tends to make one unapproachable, leaving the family with no options. Rebellion is the natural result when it is felt that the wife or children are not heard, or that parents cannot be trusted. How much better it is for the father to understate his self-worth in celebration of the family’s victories. A good man should have nothing to prove except that he loves and cares about his family. That should be shown by living for them instead of himself. Family first, self later is not popular, but it makes for happier families and successful outcomes.

How about being a pal? Your kids should enjoy the time when the family is together. There need be no walls to prevent a child from hugging, climbing up on his dad’s lap, or from saying “I love you.” Sharing all of life, not just the ‘important’ times, is what really brings the best bonding. Building memories is a treasure for the future generations. It is a legacy worth leaving.

I have tried to be all these things, but being human, I have failed at times. Knowing that I slipped up is reason for me to pick up and press on to that ‘fatherly’ calling. The family that experiences having a faithful father is blessed indeed. That father will bask in the reflected love. It can get no better than that. 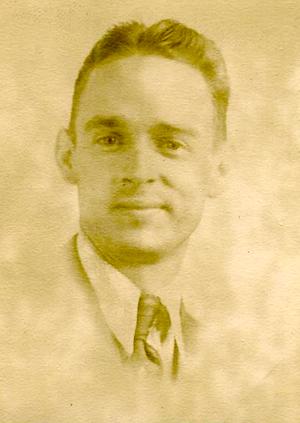 The trend toward fatherless homes cannot be good but is with us. That model is not appealing, so men need to stand in the breach to defend their families. Certainly, there are many causes for absences, some reasonable, some less so. Regardless, the goal ought to be for fathers to perform as they should. I believe that it is the father’s job to be the leader, the priest, the lover, the teacher, and the provider. My hat is off to who that carry it off. We should encourage more to try.

When I was growing up I had surrogate models. As explained early on in this writing, they weren’t mine, per se. Johnny Bill’s dad, Eddie Boggs, was very much a dad to me, as was Bill Elkins, Sr., and Bill Keeton, Bill Cheek, and others that I watched as they interacted within their families and the community. I saw Roy Holbrook, Larry Buskirk, Wayne Wooten, Tootie VanHoose, Pat Brown, Ray Bailey, Buel Lyons, Rukic Smith, and Eldred Adams standing tall as important folks in the community, but also as leaders in their families. In those days it was more common to have fathers that were a part of the family doing those things I’ve outlined. For that I am grateful. I have vowed to try my best to be that kind of a father to my kids and now my grandchildren. They know I have tried, and I see them modeling the same behaviors in their families. I am blessed by seeing they are good dads. I can see the love they have for their children, and the love their children have for them. Because of this they ensure that every day is a Happy Father’s Day!     mcoburncppo@aol.com