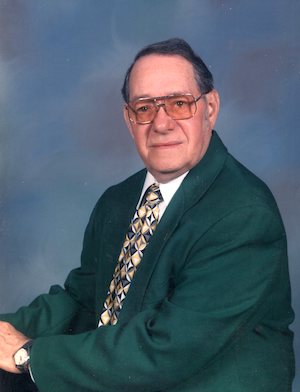 Rufus Alvin Sword, 87, of Fort Gay was welcomed into his heavenly home on May 30, 2019 at Emogene Dolin Jones Hospice House in Huntington, WV.

He was born August 14, 1931 to the late Fred R. Sword Jr. and Jean B. Sword. He served in the United States Armed Forces during the Korean Conflict and retired from AC & F Industries.  He was a member of the Vinson Lodge  # 66 AF&AM of Fort Gay, WV, Order of the Eastern Star Wayne Chapter #156 and faithfully attended Faith Baptist Church of Louisa.

Friends may visit the family on Sunday, June 2, 2019 from 11:00 AM until time of service at the Young Funeral Home Chapel.

In lieu of flowers, the family requests expressions of sympathy take the form of donations to the Emogene Dolin Jones Hospice House or Louisa Faith Baptist Church.

Young Funeral Home has been entrusted with the care of Mr. Sword and his family.