The Ballad of Gary Hager 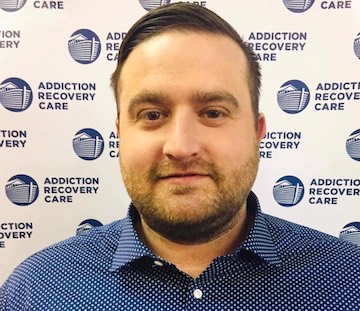 The first time I met Gary Hager, I wasn’t sure what to think of him. I made assumptions based on his raspy Appalachian dialect that we had nothing in common. I would later come to realize that we had more in common than I assumed. The more I got to know him and the people in his life, I began to hear stories about Gary that were something of a legend. One story was that during a baptism, he was seen afterward walking on water. Another story was that Gary had a bear rug in his living room that wasn’t dead, but it was just afraid to move. The best story I heard about him was that when he was born, he actually drove his mother home from the hospital! I ended up getting to know this legend over the next year or so and learned about the real ballad of James Gary Hager.

Gary was born and raised in Pike County, Ky where the only ways of living were either in the coal mines or through selling drugs. Both of his parents struggled with addiction, which made his life a battle from the very beginning. During his childhood, not only were there always drugs around, but verbal and physical violence was a daily occurrence. This was a healthy life for him up until he was 14 years old when his parents decided to end their marriage in divorce. Gary ended up staying with his father after that, who tried to become more of a friend than a father to him.

Gary said, “I never received the kind of care and support that children need, and I always longed for a family.”

By the time he was 18, he had already started using and selling drugs. He surrounded himself with people that gave him a sense of family that he always longed for. As time went on, he ended up meeting his wife. For a long time, he managed to keep this lifestyle a secret from her out of fear that she wouldn’t accept him for who he really was. After their first daughter was born, he got a job working in the coal mines where he would work 65 hours plus a week. Life during this time was about as healthy as he had ever lived, but he was still living in active addiction.

This was the normalcy over the next few years when one Saturday night, Gary and his cousin Ray were out shooting pool and drinking when they got into an argument over a simple game. The argument quickly got out of hand when they started to exchange a few punches. Gary and Ray ended the fight and promptly apologized to each other as family often does. His cousin ended up going home to sleep off the night while Gary stayed for a few more hours at the bar. When Gary returned home that night, he was met by a parade of police cars and other emergency vehicles in his driveway. His wife stood there crying and explained to him how his cousin Ray had died and that the police were there to charge him with 1st-degree murder for his death. Gary was 20 years old and looking at 25 years to life in prison with the possibility of the death penalty.

Gary said, “I was scared to death, but all I could think about was the fact that I had taken the life of the closest thing I ever had to a brother.”

After the medical examiner’s office completed an autopsy, the toxicology report came back and showed that Ray had an aneurysm on his brain and when Gary hit him, it burst and sent a blood clot to his heart eventually killing him later that night. Gary ended up taking an Alpha plea, which meant that he was not admitting guilt but felt as if the state had enough evidence to convict him. He ended up pleading out to a 2nd-degree manslaughter charge and was given 10 years in prison. Gary served 6 years in prison and finished the last 4 on parole.

When he was released from prison, he dealt with his guilt, shame, and depression, the only way that he knew how to, and that was through drugs and alcohol. Gary realized that he had turned into the one person that he never wanted to be, his father. He hated the fact that he was no different than him and decided it was best for him to move out. For the next few years, Gary lived 10 minutes down the road from his family but felt like they lived a million miles away.  Being laid off from work, alone, and depressed, this was a dark time in his life. Gary ended up attempting suicide multiple times. He tried overdosing on sleeping pills, he had a failed attempt at hanging himself, but was done hurting his family and was going to accomplish this goal of ending his life once and for all. He ended up buying a semiautomatic handgun, put it against his head, and pulled the trigger. 6 days later he woke up in the University of Kentucky hospital with 76 staples in his skull.

Gary stated, “I wish I could sit here and tell you that I was happy to be alive, but that would be a lie. I was angry at God for allowing me to live. I already thought that I was worthless and was only good for hurting others, but not even being able to kill myself and get that right was a whole new low.”

The doctors told him that he would never be able to walk, talk or work the same again, but within a year Gary was back to walking, talking and getting around just fine. Even though he was still coping with life using drugs and alcohol, it was around this year mark that he believes God began proving him wrong. His oldest daughter came to him one day and told him if he loved her, then he would try and get help with his addiction. A few months went by, and Gary found himself in a detox facility with a bed scheduled to the Sanibel House in Catlettsburg, KY. When he arrived at the drug and alcohol treatment center, he had never felt love and acceptance so much in his life.

He started to come alive. Things smelled different, looked different, and felt different. Gary became interested in the internship program there and the fact that he could use 20 years of pain, suffering, and misery to help other people. He ended up completing the program, stayed for the internship, and obtained his GED. After this Gary ended up enrolling in the Peer Supporting Academy through Sullivan University where he graduated at the top of his class. Life completely turned around for him. Currently, Gary is enrolled in college, pursuing a Bachelor’s Degree in Business Management. He is spending more quality time with his family than ever before and is employed as a peer support specialist with the center that saved his life.

This is a story of preparation. All of the pain and suffering that Gary went through wasn’t in vain, but it was to prepare him for where he is today, helping men like himself get a second chance. This is a story about children getting their father back. This is a story about a wife getting the husband she deserves. This story was never about Gary Hager, but about how the worst thing about you can be turned into your greatest asset. Because of that, Gary is a better father and husband today. He has a home, vehicles, a bank account, an education, and a career that he loves.

Gary said, “God knows exactly what he is doing when he creates us beautifully broken.”

If you or a loved one are struggling with addiction, contact an addiction specialist at 606.638.0938 or use our confidential chat function at www.arccenters.com. We are available 24 hours per day, seven days per week.