SCHOOL IMMUNIZATION BACK IN THE NEWS 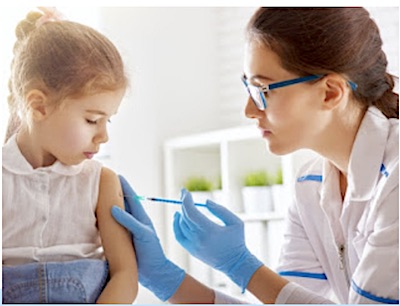 A Louisville Courier Journal analysis found that as of March, the Jefferson County Public Schools had no record of whether 4,300 students had received their shots for measles, mumps and rubella, despite a law that requires students to hand in those documents within two weeks of enrollment.

That’s a story that can be told in school districts across the state.

According to the state Department of Education, in the 2017-18 school year, of the 99,113 first and sixth graders who were supposed to have immunization certificates, 7,738 of them had expired certificates, 5,993 were missing, 241 had medical exemptions and 695 had religious exemptions.

The KDE data is broken down by school and grade to show how many students have a current immunization certificate, including whether it is a provisional, standard, medical or religious certificate. The data are not broken down by type of vaccination, and current-year data aren’t posted.

Jefferson County school officials told the Courier Journal that many students may have simply not turned in their immunization documents, but they worry about those who haven’t been vaccinated.

“We’re putting immuno-compromised children, children too young to get immunized — and pregnant teachers and pregnant moms at risk,” Troi Cunningham, an immunization nurse with the state, told reporter Allison Ross about the low immunization rates in some areas.

Public health officials say about 95% of students need to be fully immunized in order to protect vulnerable kids and others who are immuno-suppressed from measles, which is highly contagious.

Jefferson County data shows that it’s not just the measles, Ross reports; some schools are also missing immunization records for other diseases, like chickenpox and hepatitis A.

It’s a challenge to know what to do when students don’t turn in their immunization documentation, Dr. Ruth Carrico, an infectious-disease expert at the University of Louisville, told Ross.

“What do we do when a child is not vaccinated? Where do they go?”she asked. “If they get sent home, they miss out on education. If we don’t send them home, they may not realize we really mean it that you need that vaccination.”

Earlier this year, the Northern Kentucky Health Department barred students who had not been vaccinated against the chickenpox from attending school and all extracurricular activities at a private Catholic school because of an outbreak. One of the students sued the health department over the ban, but the courts ruled in the health department’s favor.

Eva Stone, district health coordinator for JCPS, told Ross there are several obstacles to getting children immunized, including a lack of access to medical care; that very few health-care providers will give vaccines to children on Medicaid, which forces parents to take their children somewhere else, like the local health department; and that parents have told her that doctor’s offices charge for copies of updated immunization records.

“This is a community issue,” Stone said. “How do we make sure children have access to health care?”

Cunningham, the nurse with the health cabinet, told Ross that the state is trying to encourage pediatricians and other health-care providers to use the state’s immunization registry to keep track of patients’ vaccinations.

Posted by Melissa Patrick at 11:50 PM
ShareTweetShareSendPinShare
Next Post