GROWING UP IN LOUISA: Sharing the Wealth!

Growing up in war time, or shortly after required us to share a lot of things. Families had to stick together and neighbors had to help neighbors. I know of brothers all sleeping in the same feather-stuffed bed. That was togetherness. I expect that they suffered both the good and the bad of these arrangements. It was the nature of those primitive mattresses that they were uneven. The older boys were heavier resulting a major dip in the center. When the big guy settled in the younger brood would roll toward him. I am reminded of the rock group, Three Dog Night because this close snuggling was welcome on cold winter nights. Then again, that may have been offset when the youngest sibling was not yet house-broken. I haven’t heard similar stories about sister’s plight, maybe because in those days girls tended to be more protective of the smaller ones, and tight-lipped about things that boys could use to tease them. 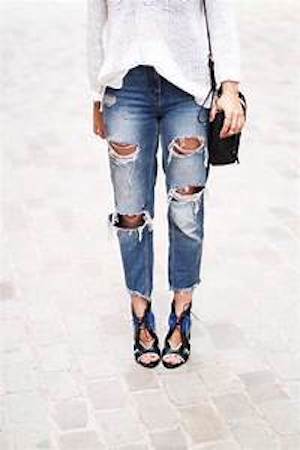 Let’s face it, we all grew up wearing the clothing passed down from each other, or from sharing neighbors, friends, or an occasional discovery in a thrift store. During my children’s growing up years Suzie had a habit of going to that grand ‘store’ in the attic where things were kept ‘just in case.’ Kids can grow quickly and of course they can tear a garment asunder with little effort. Our boys were in their early teens when they found out you could actually buy new clothing at a store. I certainly didn’t tell them, but the older boys found out when they were out with friends. Never mind that today those new jeans come already stressed, faded, and full of holes.

Out of necessity when growing up my bicycle, which was my only source of transportation, was almost always a ‘hand-me-down.’ I didn’t gain weight but I was soon taller than many grown men. I suspect that I may have grown so much, so fast, that it would have bankrupted my already financially challenged family. I got new shoes more than once a year, and had to have a pair of jeans without the knees out. Otherwise it wasn’t normal for me to have something new ‘store-bought’. As I mentioned, you can now buy jeans with the holes already in them. In my mind it takes away the pleasure of making the holes on your own. Go figure!

Back in the day when young married couples first set up house-keeping, it was a normal practice to have a house warming. Sometimes this was a social event for close friends and family. Neighbors would drop off a surplus pot or pan, a set of towels, or a quilt just sewn by Grannie. I guess that only the very high-ranking socialites actually ‘registered’ at stores if they even had that service then. In our day it would have been considered arrogance to even think that gifts were coming, let along telling people what you want. Asking for a gift isn’t a gift, but a newly contrived obligation.

During the 40’s and 50’s presents given were often hand-made and reflected something personal and fitting for the occasion. Some of these were heirlooms, perhaps from a grandmother or distant relative. Some were things saved up for or purchased through ‘lay-away’ plans, but many were knitted, crocheted, sewn, or carved by loving hands.

I remember some kids getting a slightly used toy from its previous owner that had been polished and wrapped to show the esteem and sacrifice of giving up a beloved plaything. I remember sets of napkins with hand monograming, showing the bride and groom’s initials. Maybe it was a used book on a subject known to be near and dear to the recipient’s interest, or the loan of a cabin, or house, until two love-birds could build or buy on their own.

The key is that people didn’t give from abundance because there was no abundance. They gave with sacrifice from the little they had. Of course, the degree of their supply was often reflected in what they gave. In that kind of society, the widow’s mite was more than acceptable, and was often the real prize.

I had to borrow a pair of shoes once when I needed to wear a suit to a dance. I had no appropriate footwear. The shoes hurt all night, but no one knew except my grandmother. She later gave me a footbath with Epson salts. The blisters healed and the shoes were returned with thanksgiving. How kind it was that a neighbor offered to help solve my problem. 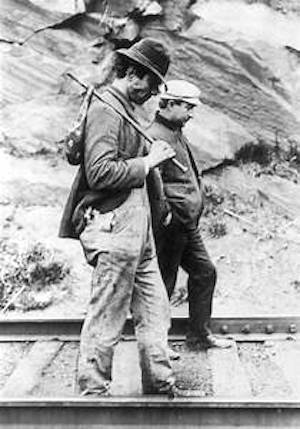 We grew up hearing the stories of the ‘hobo’s’ during the great depression. People gave what they could, whether an apple, an apple pie, or a job splitting stove wood for a home-cooked meal. Today, we go to buffets and over stuff. I guess we enjoy this or that, but all that food isn’t nearly as meaningful to us as a simple apple given in love. How great is the gift given to the drifter who has no means at all?

Whether Eleanor Roosevelt, or Lyndon Johnson, I’m sure they had this in mind with their respective wars on poverty. What made the most difference wasn’t the government programs but the hearts of those Americans who decided to share, pass down, and reach out to help others. In the long run, only the civic clubs, the churches, relatives and good neighbors can make the real difference and that’s precisely who should be in that business . There is still plenty of need, even if our standards of living have improved. So before you recycle, recycle by helping others first. Maybe you know someone who needs a little assistance. Go ahead and give pass them a helping hand.

Americans have always been generous to give after a tragedy, but sometimes without thought. When working in the aftermath of a major storm the tractor trailer loads of clothing began to show up. Yes, people had lost everything, but sending a used winter coat to Florida or the Gulf States created a bottleneck of useless things that took the space of really needed. Newborn outfits for babies, jeans for teens, and a helping hand in rebuilding were needed, as was food and money. Many churches sent members with hammers in hand. Other sent donations to the Red Cross or others. Therefore, when you give, or pass around some good clothing to another generation use some thought. Don’t just clear out your basements, attics, or junk.  Helping someone who has a need is a blessing for everyone and may mean a tremendous lot to someone in need.    mcoburncppo@aol.com