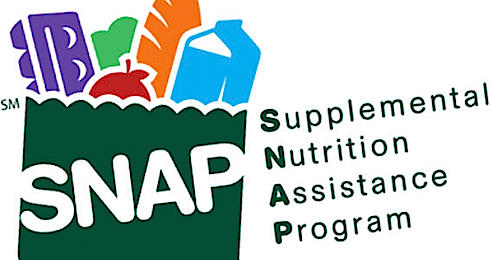 Since last year, about 21,400 Kentuckians have lost their Supplemental Nutrition Assistance Program, or SNAP, benefits because of a work reporting requirement, according to policy analysts from the Kentucky Center for Economic Policy and Kentucky Voices for Health.

The analysts blame the losses, which occurred from January 2018 to March 2019, on a decision by the state to reinstate a rule that SNAP recipients can receive benefits for no more than three months in a 36-month period without reporting 20 hours a week of work or other qualifying activities.

“We think it’s concerning that there’s that many people who are now struggling that much more to put groceries on the table, and we thought it was worth letting people know about,” said Dustin Pugel, a policy analyst for the center, which used an open records request to obtain data on those affected by the work reporting rule.

The requirement was phased in for 92 counties, beginning in February 2018, Pugel said. It was already in effect for 20 other counties, including Jefferson, before that. Eight counties in eastern Kentucky are exempt.

Previously, there had been waivers in effect keeping people in many of the counties from having to meet the requirement, Pugel said.

However, Doug Hogan, a spokesman for the Cabinet for Health and Family Services, said such waivers are “intended for times of recession and high job unavailability” whereas “Kentucky is experiencing record low unemployment.”

Still, Pugel pointed out that many counties would still be eligible to have the waivers — if the state requested them — for economic hardships, such as lack of jobs.

The state noted that the SNAP requirement is part of federal law and that there are several ways to meet it, including working, volunteering, conducting a job search, receiving education, and getting job training. He also noted that there are “appropriate exemptions and good-cause exceptions.”

“Protections are in place to keep individuals from losing benefits if they have personal issues creating extenuating circumstances that they are dealing with,” Hogan noted by email. Examples include being ill or incapacitated or lacking transportation.

However, the Kentucky Center for Economic Policy and Kentucky Voices for Health noted that less than 140 of the SNAP recipients who lost benefits as a result of the work reporting rule regained the aid during the examined period.

Hogan said various state partners, including employers, the Kentucky Community & Technical College System, Adult Education and the Kentucky Workforce Innovation Board, have “a shared goal of finding employees for the current workforce shortage we face.”

He added, “There are ample sustaining wage jobs available — some SNAP recipients may need to engage in training and certification to qualify for such jobs, but many times, this training is either free or subsidized by prospective employers.”

Lawrence County Board of Education REGULAR MAY MEETING agenda