Hey, for all the people that thought I had left the country, surprise, I am back – with all the league news from the past three weeks.

Since Beverly has relieved me from accepting as my fault all the world problems and having the duty of correcting them, I shall deny that delay in reporting the league news is not my fault – at least not all my fault. That’s my position, and I’m sticking to it. The reason the article is so late is because of a plethora of unfortunate circumstances.

But gee whiz, I’m back, I have the scores, and I will now be releasing them for all league players to find where they stand after four weeks of league play.

The main thing we have accomplished is good weather. We have played five straight Tuesdays and, except for this past week, it has been total sunshine. This past week was not bad, but it was dreary and overcast much as my golf game. Another achievement, we now have handicaps. As for me, I set a personal record; I played nine holes without a two-putt. I had seven one-putts, one three-putt, and one four-putt. I have nothing else to say about my golf game.

Rather than wasting time on me, let’s get down to business.

Now for the scores and highlights for April 30.

Continuing are the scores and highlights from May 7.

League Results from May 7.

And finally, ending with the scores and highlights for May 14.

League Results from May 14.

That’s the news from the Eagle Ridge Golf League. 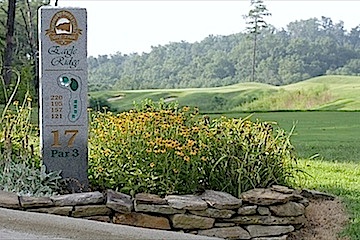