On Thursday May 2, 2019 the Louisa Rotary Club hosted a luncheon for graduating seniors and had former LCHS graduate and college professor Mr. J. Travis Phelps as a guest speaker.

First Dr. Rob Fletcher was honored with an award from Rotary Foundation of Rotary International for the Paul Harris Fellow for appreciation of tangible and significant assistance given for the furtherance of better understanding and friendly relations among peoples of the world.

Next Mr. Phelps, a graduate of LCHS who is successful as a College Professor and author, spoke. He is a writer of thrillers who’s debut novel Saboteur was published in 2017. He has also been featured in Visions Magazine for his prize-winning essay The Last of the B-Movie Giants. He currently teaches literature at San Diego, Mesa College. He is the son of David L. Phelps of Cattlesburg, Ky and Susie Price of Louisa, Ky. 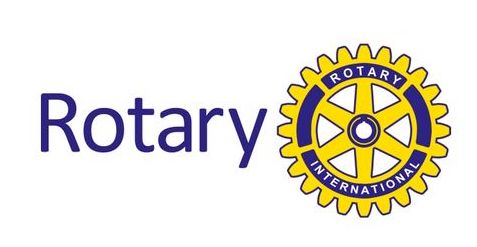 Mr. Phelps took the time to address the graduating seniors and passed on some words of wisdom to his fellow Bulldogs.

He passed down these words of wisdom for his hometown graduates, “You never know when you might be at the beginning of something special. Also, to be inspiring without being too emotional.” He went on to quote famous philosopher’s along with modern day educated advisors, such as his mother Susie Price. “She told him wisely to get as much education as possible and that words can travel”.

He also commented this advice “Education is less about knowledge you story in your head and more about cultivating a kind of awareness about how you live not necessarily what you do. What the world could use more of is people who are truly curious about their surroundings about other people who understand the most essential learning often takes places outside the classroom by people who know how to be present, engaged and aware. A graduation then is an acknowledgement of how you use your time so far and by the looks of it very wisely.”

Rotary was then wrapped up by acknowledging the LCHS Senior graduates and reaching their goals for the future.

GROWING UP IN LOUISA...Setting the Scene