GROWING UP IN LOUISA…Setting the Scene

Some of you may know that I’m working on getting some of my weekly column organized into a book. I have been in touch with a publisher and think this may happen soon. Several of you readers have made that suggestion, so I’m working toward that goal. What follows is an introduction that will be used in that writing.

Over the last nine years I have written a weekly column for the Levisa Lazer, an electronic news publication that focuses on communities in the Big Sandy River Valley situated along the eastern Kentucky border with West Virginia. My column, titled Growing Up in Louisa is about my memories of life during those years during and after WWII. Louisa, KY is a small town located at the juncture of two river forks that become the Big Sandy River, which flows northward to meet up with the great, wide, Ohio River. 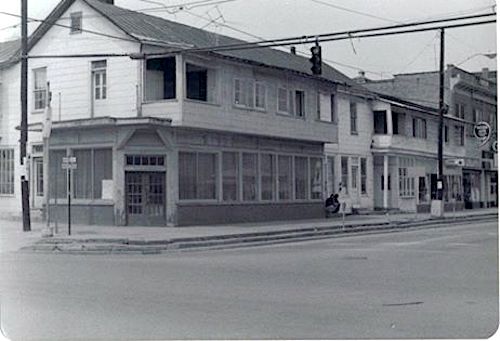 While my hometown has several unique attributes, it has the characteristics of many small, rural, railroad towns that dot the North American continent. Like many such towns in the thirties and forties, it suffered though the Great Depression and only found a small level of prosperity following WWII. Today, many of its businesses have shuttered as the climate changed as big box stores moved in, and the mining and railroad jobs have all but disappeared. While my classmates are scattered all around the nation, there is a remnant that remained and have managed to carve out a living. It is those faces that I seek out when I visit. Finding one often stops me in my tracks as I try to recall names and that bucket of special memories so long stored away. These brief homecomings are filled with the hugs of long-unseen friends, and the laughter that rises when we dust off the cobwebs and pick up precious friendships once more.

I like to think that I write about these times to give newer generations a flavor of what it was like before technology took over our lives. My generation, give or take a few folks, saw the demise of ice boxes and their electric replacements called refrigerators. We listened to radio but soon enough came to see the tiny pictures of early television. We saw black and white films at the local theater and welcomed Technicolor and wide screens. In our town it was not uncommon to see horses pulling farm wagons to pick up a load of seed, or maybe some milled product to help make a family meal. As street kids we watched the men who cranked the engines of their Model T. to get it started. We were also there when the war brought about new products that hit the stores and magically improved our standard of living. We saw illnesses like polio eradicated, and many other childhood diseases brought under control.

So many major changes happened that made life drastically different for us and those who were only a little older. The history of those times, whether that of a great-grandparent, a grandparent, or even mom or dad’s, we could hear more details of historical events, but also, how people lived. What was normal for them has all but disappeared from our lives.

During, or just after, World War II, life moved onto the fast track and it hasn’t slowed down yet! While I was aware of some national events of that day, I was too young to really understand the sacrifices and hardships of those who had stormed the beaches of Normandy or fought in the trenches or jungles 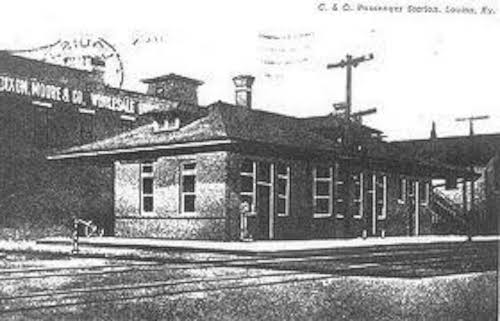 around the world. I heard the grownups talk about sons of families that were killed or wounded, so I knew war was a bad thing. The battle movies I saw throughout my childhood gave me the impression that war was a glorious and necessary thing, but I was learning the cost in lives. I learned that it was our ‘duty’ to serve our country even if it meant dying in battle. Mom sat me down and held my hand as she told me that we’d surely win this war. After all, God was on our side. When victory came I saw she was right. As I grew older I saw pictures of scenes from the holocaust that shocked me. I pushed those dark pictures out of my mind, but they did prove to me that without a doubt that we were on the right side. Toward the end of the action, my generation was introduced to the Atomic Age.

There were conversations among the adults about the so-called ‘police actions’ in Korea. Those days that quickly followed the dawn of the Atomic Age sent fears of a possible communist takeover. While I knew about the bombing in Japan, I had less of an understanding of how much it affected the thinking of adults around me. These were the days when bomb shelters were built in the backyards of America, even in our little burg. Many bomb shelters were dug secretly to insure that the owner had a better chance at survival if nuclear war were to happen. By this time Russia had the bomb. I remember the trials and newspaper stories relating to the notorious Julius and Ethel Rosenberg spy case. I remember the excitement when President Truman fired General Douglas MacArthur for insubordination and then the voters surprised us by re-electing Harry Truman as president.

My articles are not about these national events but the daily activities that mattered to a growing kid of that era. Rather than slowing down to listen to radio broadcasts aimed at adults, I was more concerned about the games we played, the toys with which we played, the clothes we wore, the lessons learned, (often the hard way), and our immediate environment. My memories are about roads, cars, buses, trains, radios, movies, and a new thing called television. I try to share memories about holidays and family gatherings. I will discuss the varieties of food we ate, the friends we had, and the ever-changing world around us. We not only had to accept change, but we relished these exciting times. I have seen crowds gather to see the newest model of a car, or to see a real movie star in person. To us, life was worth the living.