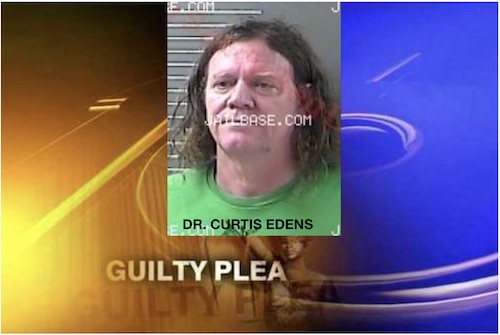 LOUISA, KY. — The end of a lengthy investigation, arrest, and indictment has finally been completed in the  prosecution of Dr. Curt Edens who got by with probation and $15,000 in restitution monies in Judge John D. Preston’s Court Friday.

The facts of the case known between January 1st 2016 to May 10, 2016 Dr Edens collected cash for Medicaid covered services from patients. The defendant caused more than $300 in fraudulent billings to KY Medicaid. Furthermore the defendant pre-signed prescriptions for Suboxone (controlled substance) knowing they would be received by patients.

All events occurred in Lawrence Co. Ky. and could have resulted in multiple years incarceration and thousands more in restitution.

The Commonwealth recommendations for the defendant enters guilty plea to amended counts 1-5 (Theft by Deception under $500) Counts 6 & 7 (Kentucky Medicaid Fraud over $300), and count 8 to Dispense, Prescribe, Administer controlled substance.

The sentence will be diverted for a period of 2 years unsupervised.