OFFER ON THE TABLE FOR EDENS IN DRUG, FRAUD CASE

Trial set to start May 6 if agreement is not reached 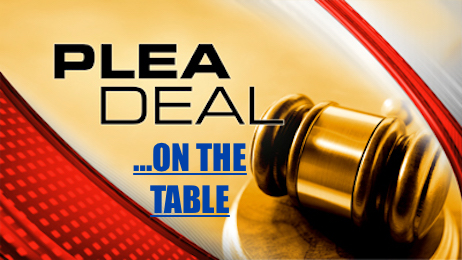 LOUISA, KY. — April 24,2019 — The Kentucky Attorney General’s Office has offered a Plea Agreement in the case against  Dr. Curt Edens The details of the agreement are unknown at this time but Edens acknowledged after a preliminary hearing this week that his attorney is looking over a plea offer.

A Jury trial is scheduled on May 6, 2019 if the plea deal is not accepted by Edens, a former Louisa physician.

The following charges were filed and Indictments handed down against Edens by a Lawrence Co. Grand Jury on May 12, 2017:

All charges are Class D and C class felonies, Edens, represented by Gregory Griffith of Cattlettsburg pled not guilty.

A class D felony TBD conviction in KY carries a sentence of not less than one year and not more than five years plus a fine of at least $1,000 but no more than $10,000, or double the amount of gain from the commission of the offense whichever is greater on each count.

The criminal penalty for Presenting Fraudulent Claims may result in monetary penalties of $500 for each false claim, plus three times the amount of unlawfully received with interest, payment of the government’s expense to pursue reimbursement, and exclusion from Medicaid programs and or loss of individual’s license for up to 5 years. The individual (Curt Edens) could receive up to 10 years for each offense and fine to not exceed $10,000.

The criminal penalty for Dispensing, Prescribing and Administer Controlled Substance Felony Offense include a fine of at least 1,000 and up to 10,000 and at least one and up to three years imprisonment.

“We are working on a deal,”  Edens said yesterday at the Lawrence Co. Courts building. He now resides in Savannah, GA. Curt Edens was a OB/GYN in Louisa, KY from 2000-2016.  He ran a Suboxone Clinic Treatment Facility adjacent to his OB/GYN practice.

In 2016 Curt Edens in a second agreement to the Medical Board willingly surrendered his license to practice in KY with the KY State Medical Board, He had since closed his facility in Louisa, KY.