CARROLLTON, Ohio – Authorities say the body of a 14-year-old boy reported missing Sunday has been found in a shallow grave on a northeast Ohio farm.

The Carroll County sheriff, prosecutor and coroner didn’t provide any details at a news conference Friday afternoon about how Jonathon Minard died, or whether there were suspects in his death. Investigators found his body Friday morning at a Washington Township farm, roughly 90 miles southeast of Cleveland.

Jonathon was last seen Saturday at a New Harrisburg farm where he helps milk cows at a farm owned by a friend’s father. Investigators were told Jonathon complained about a toothache and said he’d call his mother at the friend’s house to pick him up. 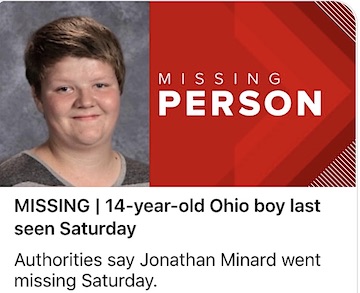 CARROLLTON, Ohio — The Carroll County Sheriff’s office is still looking for a missing teen who vanished several days ago, and officials now confirm they are treating this as a criminal investigation.

Minard is described as 5 feet 7 inches tall and weighs 145 pounds with blue eyes and brown hair. He was last seen wearing a blue hoodie, brown pants and brown boots.

Minard was at a farm near New Harrisburg to help with milking Friday and went home after 3 p.m. He returned to the farm after 1:30 p.m. Saturday when he complained of a toothache and said he was calling his mother to go home.

His mom never received that call, and he hasn’t been seen since.

According to the sheriff’s office, a “person of interest” has been questioned in the case. However, no arrests have been made at this time. 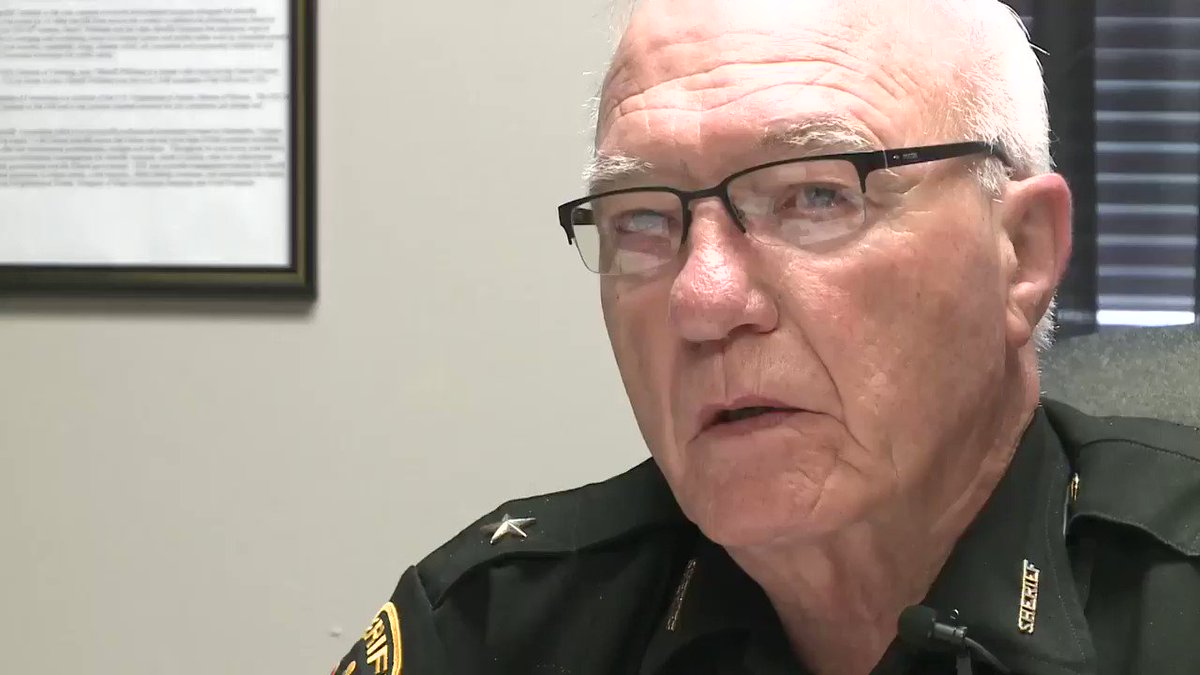 The Carroll County Sheriff, Dale Williams, tells us he hasn’t slept in three days while he and his department investigate Jonathan Minard’s disappearance. @wkyc