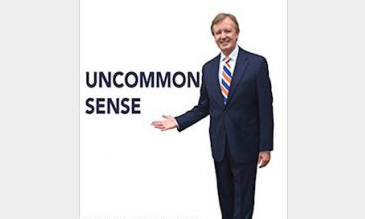 By Glenn Mollette
Joe Biden has received bad publicity lately. Several women have stepped forward saying the former Vice President of the United States hugged them too long or made them feel uncomfortable when he touched them. Biden recently released a video on social media attempting to address the allegations stating he hears what the women are saying and that he never intended to invade anyone’s space or make anyone feel uncomfortable.
We’ve all seen Biden on television hugging, touching, kissing and in some instances it seemed like groping. However, according to Biden he has just been a caring, compassionate man trying to show affirmation to these who have cried foul about his physical maneuvers.
It will be impossible to derail Biden accusing him of hugging, touching or kissing people on the cheek or the head. It’s wrong to push ourselves on anyone. Apparently Biden’s “victims” didn’t appreciate Biden’s lingering touches but this won’t keep him from the democratic nomination for President.
People make mistakes in interpreting how to respond to people in social scenarios. One church I used to attend most of the people wanted to hug me every Sunday and most of them wanted me to hug them. However, sometimes it can be overkill. There are always people you don’t want to hug and there are people you don’t want touching or hugging you. People have to back off and not make hugging a ritual that ends up offending someone who may like you personally but doesn’t like hugging in general.  Kenny Rogers said, “Know when to hold them and know when to fold them.” I guess that might apply to hugging, kissing and touching.
Dolly Parton has been criticized and the center of lot of rumors all her life “People love to talk but sometimes that’s your best publicity. I don’t care what they say as long as they don’t hurt other people I love,” she once said.
Joe Biden did not want his name elevated in the media quite the way it has been recently. For better or worse his name has been in the news every day.  No one wants negative accusations. Six months from now the accusations that he may have invaded other’s space a bit too much will be in the past and Joe will probably be shaking hands more and hugging less.
When the smoke has cleared next year Biden will be the Democrat Party nominee.  There will probably be more people coming forward who will have something negative to say. In the end will negative allegations hurt Biden or any of the candidates? Or, is negative publicity better than no publicity?
Click here for -> Books By Glenn Mollette
Contact him at GMollette@aol.com.   Learn more at www.glennmollette.com   Like his facebook page at www.facebook.com/glennmollette
ShareTweetShareSendPinShare
Next Post