(INEZ, KY) —  A Johnson County man was arrested last week after a suspected DUI case turned into the alleged assault of a police officer.

According to court documents, Parker McCoy, 57, of Paintsville, was stopped and exiting a Chevy Blazer on Rt. 3 near Inez when Martin County Sheriff’s  Deputy Aaron Blevins asked if he could be of assistance.

McCoy’s vehicle matched the description of a vehicle reported to be driving recklessly and had tried to run another vehicle off the road, and Blevins was in the area investigating the call.

The arrest citation alleges Blevins could smell alcohol during the stop, and attempted to give McCoy a field sobriety test, when a Ky. State Trooper J. Gobble arrived to assist. McCoy became irate and ignored commands to put his hands down and turn around, instead starting cussing at the deputy telling him he was a punk and later that he would kill him.

In attempting to put handcuffs on McCoy he struck Deputy Blevins in the face. According to Deputy Blevins “He stepped back and drew his fist to hit Blevins again and I struck McCoy with my right hand. Deputy Blevins sprayed McCoy with pepper spray and the two of us then had to wrestle him to the ground to get him handcuffed. He again told Deputy Blevins I’ll kill you. I took Parker McCoy to Paul B. Hall Emergency Room and the entire time he kept threatening to beat down Deputy Blevins,” Goble’s citation alleges.

McCoy refused a chemical test at the hospital and was lodged in Big Sandy Regional Detention Center. He is charged with DUI, resisting arrest, third degree terroristic threatening, second degree disorderly conduct and third degree assault of a police officer, among other charges. 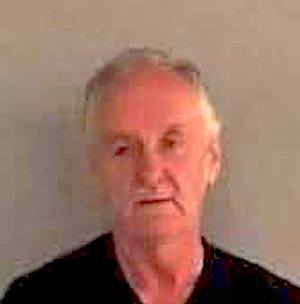 KERMIT, W.VA — A Mingo County man has been arrested for an alleged attack on his wife.

Sergeant Norman Mines with the Mingo County Sheriff’s Office responded to a 911 call from the pre-Teen daughter of the victim who stated Brewer had come home drinking and was fighting with her mother.

The daughter also stated to police, that Brewer allegedly struck her mother with his fist and choked her. Upon arrival, Brewer would not comply with Sergeant Mines orders which led to the obstruction charge.

A Floyd County grand jury indicted Kenneth Hall, 45, and Kimberly Hall, 33, who are identified as living at the same address in Grethel. They were each indicted for three counts of false statement/misrepresentation to receive benefits over $100 — Class D felonies which carry a penalty of between one and five years.