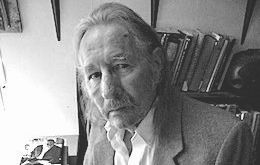 My name is Ted. In a little private chat Putin is telling President Trump that his big head of yellow hair is the thing he finds most unsightly about him. It hurts my eyes!

What? says Trump, as he softly pats his big overlap with a chuckle. What’s wrong with my hair? People love it. At least I have hair! Leaning back and regarding Trump’s hair with a crusty little grin, Putin says, Yes, but it’s phony, a biological lie, Donald.

Trump leans in towards Putin with a sort of triumphant air and says, But, lying has gotten us both a long way hasn’t it, Vladimir?  Putin sits back a little indignantly. I wouldn’t make the mistake of comparing yourself to me, if I were you, Donald. I’m a ruler of a vast country over which I wield absolute power. I dictate; I don’t have to lie. But you’re a master at it, I must admit.

Trump begins slowly as if dredging up memories. When I was four years old my father sat me on his knee and told me the secret to life. He said, Why tell the truth when it’s to your advantage to tell a lie. Even at four I believed this with all my heart because my father was a rich man. And since being rich is the only reason for—

Yeah, yeah, I know, Donald. But we’re talking about that hair, not money. If you combed that head of hair straight back instead of lapping it over you’d look like a hippie! Trump laughs. You mean then I’d be a democrat! This isn’t funny, Donald. I need you to look more distinguished, more statesman-like. At your age your hair should be gray and neatly trimmed. You remind me of that Fonz on Happy Days.

Look, Vladimir, you have no control over my personal appearance, my personal life. Ha! Putin barks. Your personal life! I could show the world your personal life! Trump gives him a sharp look. Yeah, but still, I consider my hair to be my own business, a fashion statement, my own style—which I consider untouchable. Putin sneers. Is that the way your wife, Melania, feels about it when she wakes up of a morning and sees that mop splayed out on your pillow—untouchable!

For your information, Vladimir, I have my hair combed and sprayed and my Man-Tan applied before she even sees me in the morning. That’s how much you know. Putin laughs. You kill me, Donald, with that orange Man-Tan and those white circles around your eyes. If you really cared about your looks, you’d get rid of that big gut you try to hide with those long ties you wear. You’re basically a big yellow-haired slob, Donald.

Yeah? Well, tell that to my base, Vladimir. They think I’m a rock star. Your base! Putin groans. That ragtag bunch of Jesus freaks and rednecks! Ha! Don’t make me laugh. Trump cocks his yellow head defensibly. They’re the salt of the earth, my friend.

Sugar water, you mean, falling for those sentimental alter calls of yours. You wouldn’t allow a single person in that crowd through the backdoor of Mar a Largo and you know it! Besides, it was my people who sealed the deal for you.

Yeah, well, let’s not forget what I’ve done and can do for you either! But you’ve been weakened, says Putin Your problem is that you don’t pay your generals enough to protect you. Trump sadly smiled. It don’t work that way in America; all I can do is increase defense spending. My hands are tied. Yeah, I know, Donald. That’s what’s wrong with your country. You can say that again, Trump said shaking his head and slapping the table with the flat of his hand.

You know who you really remind me of, Donald? Old Nikita Khrushchev! I wouldn’t be surprised to turn on CNN some morning and see you pounding the table with your shoe! Really! says Trump, smiling with pride.

But tell me, Putin smirked. How are you going to maintain that pukey yellow hair in prison?  Melania going to sneak in bottles of Clairol in her bosom on visiting day? What makes you think I’m going to prison, Trump shoots back? Because I’m former KGB, Donald. I can detect the least speck of fear in people’s eyes; you’ve got jail time written all over your face. And when they get you we’re through, of course.

Ha, I wouldn’t give up on the Donald if I were you, Vladimir. I’m headed for a second term! I seriously doubt that, but there’s one thing I can definitely say for sure about you, Donald. And I think your whole country will agree with me. What’s that, asked Trump? Putin suddenly raises his voice: YOU’RE AS BIG AS LIFE AND TWICE AS FANTASTIC!